The Book Club are: three cousins and one spiritual brother. Honest and uncontrived, this talented posse are rapidly gaining momentum and taking their brand of new indie into a new decade.

The Book Club’s exciting blend of danceable rhythms and Carnall’s poetically wry dissection of contemporary subject matter, is fast producing a buzz on the Sheffield streets and beyond. 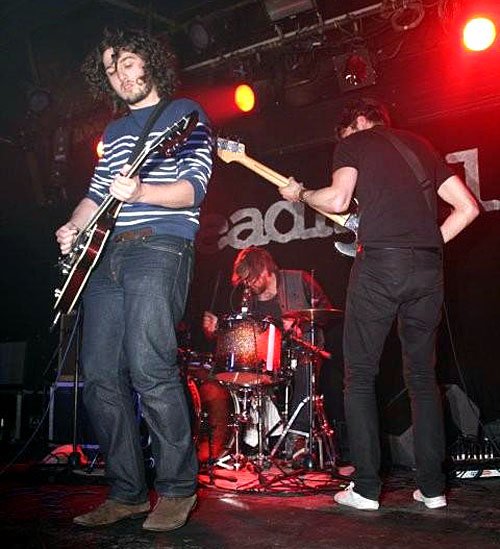 The Fantastical Misadventures of Mr K is the second and latest release from The Book Club: A four-track EP that shows both musical and social awareness belying of their years. Think Billy Bragg on steroids.

The group are setting off on a national UK tour throughout December and have fast acquired a swelling army of underground fans that will soon see The Book Club party blow up.

The Book Club are a Band To Watch in 2011.
www.myspace.com/thebookclubofficial