â€œFour Corners of a Tiny Planetâ€ is the brand new album from Indian influenced folk rockers The Beautiful Losers. 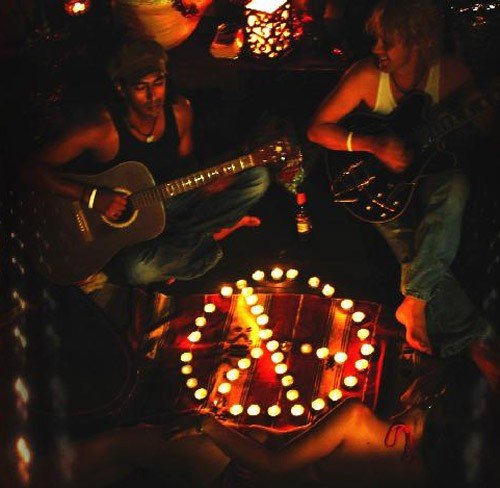 Theyâ€™ve also penned work for games like Biohazard, TV commercials for Toyota BB and Asahi Beer as well as club music tracks for iTunes chart toppers Studio Apartment, Captain Funk and many others.

Relocating to the San Francisco bay area while maintaining a fan base in Japan and touring internationally, The Beautiful Losers have opened for major acts such as Coldplay, Indigo Girls, and Matt Nathanson as well as having songs placed on several MTV reality shows like â€œReal Life Storiesâ€ and various independent movies.

And itâ€™s easy to see why lady success has been so kind to the duo, â€œFour Corners of a Tiny Planetâ€ screams of numerous qualities in so many different ways; all astounding.

From the husking folk intro of Peaceful Buddhist Warrior through to the rock-infused Young Peruvians, the subtle swing and guitar-layered Yeh Dosti; a cover of the legendary Bollywood number, culminating in their wondrous cover of The Beatles classic Across The Universe, the duo have succeeded in creating multiply layered tracks of warm alt-folk wonder.

While itâ€™s rich in grooves and easy chorusâ€™s, â€œFour Corners of a Tiny Planetâ€ extends itself comfortably into world music and traditional acoustic-based rock, marking it as a simply amazing offering.

Suitable for the traditional music lover and the budding muso, The Beautiful Losers have created a fantastic album that touches all the right bases and ticks all the correct boxes.

It croons, husks and moves in all the right ways and is guaranteed to please fans of Jeff Buckley, Fleetwood Mac and Ravi Shanker quite easily.
www.thebeautifullosers.com