Team Me are one of the most talked about new bands on the Norwegian music scene, having had the singles ‘Fool’ and ‘Weathervanes and Chemicals’ played on Norwegian national radio since ending up in the finals of radio station NRK P3’s Best New Band contest. 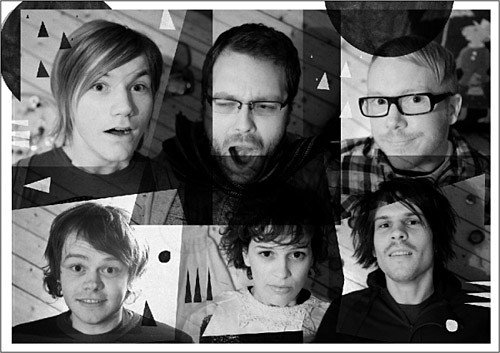 They played no less than 8 Norwegian festivals last summer, including becoming one of the real success stories of Ã˜ya Festival, where they packed out the tent.

As a result, they were one of the first bands to be picked out for by:Larm 2011 (Scandinavia’s biggest industry event).
Team Me – Dear Sister by Anorak London
They release their self-titled EP on April 4th in the UK, featuring five songs recorded in Oslo and produced by Tom McFall (REM, Bloc Party, Snow Patrol).

In February Team Me have been invited to join British Sea Power for a couple of UK shows, and will also play several other showcases in London.

In March they’ll support The Wombats on some of their UK tour. They will also play The Great Escape 2011.