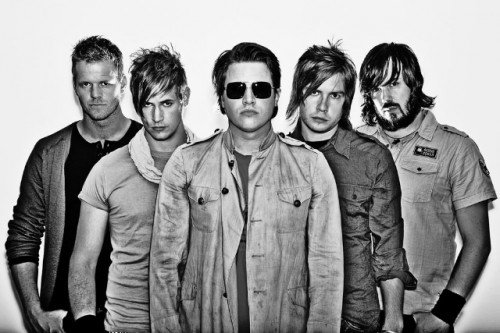 Swedish band Takida is to release their debut UK single ‘You Learn’ on May 7th, 2012. The track is taken from the forthcoming UK album, ‘The Burning Heart’.

The band takes its name from the Japanese manga “Silver Fang”, a hugely popular figure in the band’s Swedish homeland.

With no 6-figure budgets to blow open the doors of the Top 10, Sweden’s Takida have become genuine shooting stars.

Fact is; above all else, these are five guys who focus all their attention on writing great songs.

Following the great success of their recent UK tour with 3 Doors Down, including a show at the Hammersmith Apollo, singer Robert Pettersson said: