Stylusboy is the acoustic creation of Steve Jones, a Coventry bred guitarist and vocalist. 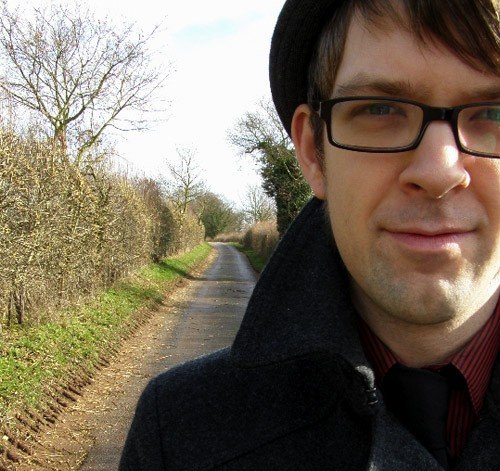 He cut his teeth playing guitar and bass for a number of bands, and gigging extensively before finally stripping down his sound, and venturing into the wilderness to produce his own personal blend of lo-fi alternative folk. The Whole Picture (Live at BBC Coventry) – Stylusboy by stylusboy
This culminated in the 2009 release of his self produced debut EP – Fingerprint, which, in true DIY fashion, was mostly recorded and mixed in his lounge and a local community centre.

It was met with universal praise, and even saw Steve record a session for BBC Introducing.

His second EP, Blue Whale Session, was recorded at Birmingham’s Blue Whale studios and released in March 2010 as a free download.
Stylusboy Songs by stylusboy
This year marks the return of Stylusboy with the 6 track EP, Whole Picture, released on Lazy Acre Records. It showcases Steve’s laid back vocals and guitar style beautifully, with stripped down production and expertly crafted lyrics that speak to the soul.

The backing vocals provided by Steve’s close friend Rachel Grisedale add an extra dimension to the songs, turning gorgeous melodies into a rich and sumptous harmony that bring to mind the first rush of love, or the warm summer air of the countryside bathed in sunlight.Having already gained a strong following with his intimate live performances, that have seen him play alongside Newton Faulkener and The King Blues as well as enchanting the crowds from the mainstage of the Godiva Festival, this year is destined to see Stylusboy make his mark on the UK folk scene.

Whole Picture is released by Lazy Acre Records, and will be available on MP3 and limited edition CD 6th June 2011.
www.stylusboy.co.uk