Sons Of Admirals are four lads, Alex Day, Charlie McDonnell, Eddplant and Tom Milsom, who live in Britain but have grown up on the internet. 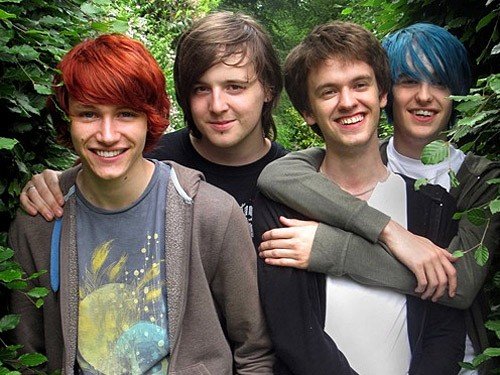 Based in London, each member of the band is a global youtube star – views for their individual youtube channels top 90 million and between them they have more than 830,000 youtube subscribers.

To help put this in context â€“ Lady Gagaâ€™s official youtube channel has just over 330,000 subscribers.

Having already successfully released singles and albums as solo artists and in various collaborations the four friends, who met on youtube, are releasing their first single as â€œSons Of Admiralsâ€.

Whilst their solo records comprise original recordings, the band have chosen to record Cat Stevensâ€™ 1967 hit â€˜Here Comes My Babyâ€™ – â€œwe like the idea of coming together to do something different to our solo projects and so we are recording great songs by established artists who our fans might not know, yetâ€ explains Alex.

“I thought â€˜Here Comes My Babyâ€™ has a fantastic melody and a timeless quality that would be a solid basis for building something new,” said Tom Milsom, who arranged and produced the single.

Asked to characterise the sound, Tom replied, “I’d call it something like ‘accessible steam-punk pop’.

But all we really wanted to do was make it as good as possible.â€

“This isn’t a lead singer with a backing band,â€ added Eddplant. â€œInstead, we’re trading off the lead among all four of us, and we all combine for the backing harmonies.”

The video that launched the single was written and directed by band member Charlie McDonnell and launched on his YouTube channel, charlieissocoollike, the most subscribed channel in the UK.

â€œI wanted to introduce each of the members and give the band a kind of ‘origin storyâ€™,â€ said Charlie.

The video for â€˜Here Comes My Babyâ€™ has already had more than 1.7 million views.

â€˜Here Comes My Babyâ€™ will now be released as a digital bundle with an acoustic version of the single and a brand new video.

The video will be directed by Charlie and the fans are deciding what the lads will be doing in the video!
Sons Of Admirals
The band of the youtube generation
Release their debut single â€˜Here Comes My Babyâ€™ on October 18th 2010
www.sonsofadmirals.com
www.alexdaymusic.com
www.charliemcdonnell.com
www.eddplant.com
www.tommilsom.com