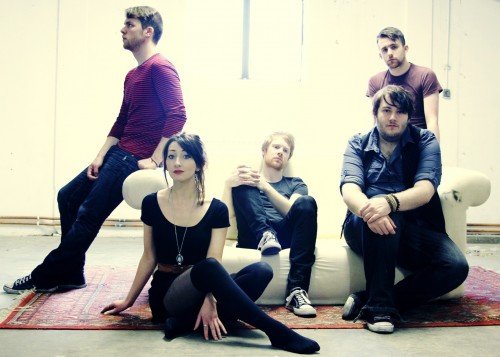 In 2011, the Belfast based indie pop band runaway GO have emerged as a force to be reckoned with. Delicate Man – radio edit by runaway GO
Now, they are set to become a household name as they trail-blaze their way through the Irish music scene, with heaving high energy performances and an arsenal of dynamic music.

The band is fronted by joint vocalists Dave Jackson and Fiona O’Kane, with Javed Love on drums, Chris Jackson on bass and James Lappin on guitar.

Over the past six months, in the Start Together Studio in Belfast, the band have been recording their debut EP (due for release in February 2012), withJonathan Shakhovskoy (Beady Eye & U2) on mixing duties in London and Geoff Pesche (Gorillaz, Basement Jaxx & Dizzee Rascal) mastering at theAbbey Road Studios.

One of the tracks from their forthcoming EP ‘Don’t Let Me’ has been included in the independent movie “Making Ugly’ and their track ‘Wide Awake’ is being approached for inclusion in an Xbox LIVE game due for release in 2012.

Their debut single ‘Alligator’ was released in Ireland on 23rd September and received some solid support at radio – with their single launch night at Auntie Annie’s in Belfast becoming one of the hottest tickets in town.
The band are set to make some serious noise with their brand new single‘Delicate Man’ which is release on November 25th.

This release will include the remix of ‘Delicate Man’ by U.S. break-beat pioneer Paul Grogan of Rampant Records, who had a major influence on the dance floor charts throughout the 90’s.

This is an act that you have got to see live!
December 09th 2011 – Delicate Man (Single Launch) – The Stiff Kitten, Belfast
runawaygo.com