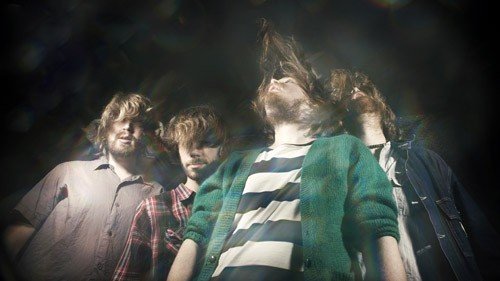 Solar was conceived during the hottest summer of our lifetime in Helsinki’s Kulttuuritalo (‘House of Culture’), a historical brick-walled venue designed by Finnish architect giant Alvar Aalto in the 1950’s.

Fittingly then, Solar, produced and recorded by the band themselves and mixed by Ben Allen (Animal Collective, Deerhunter, Gnarls Barkley) absolutely cooks.

For those who have yet to have the pleasure of Rubik’s live experience and who come to their debut UK release Solar with fresh ears, expect gloriously bright yet brawny indie pop, with Finnish quirks and individuality aplenty thrown in.

Like Rubik’s past works, Solar shows the bands eclecticism and experimentation, spanning the gamut with tracks of shiny synth pop to twisted folk-pop.
Rubik Solar
New Album out Monday 2nd May 2011 on Fullsteam Records
www.rubikband.net
www.facebook.com/rubikband