Californian blues-rockers RIVAL SONS will be joining JUDAS PRIEST and QUEENSRYCHE for a full UK this summer and have also confirmed a number of festival appearances, including a mainstage slot at High Voltage festival in London. 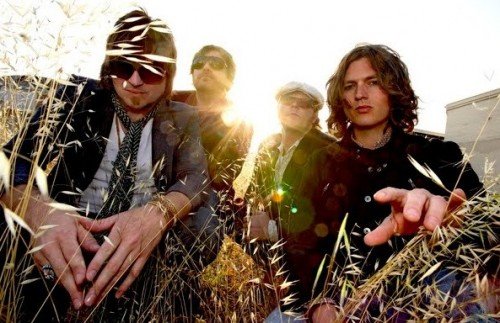 RIVAL SONS recently headlined a show in London, as part of HMV’s Next Big Thing tour.

Following a four week stint on the road, the band wrote, recorded and mixed their forthcoming new album, PRESSURE & TIME, in just 20 days, ensuring a rawness for both the listener and the band.

RIVAL SONS frontman JAY BUCHANAN explains:
“In the code of the Samurai, any decision must be made between three and five breaths… Writing by that code forces us to act, go with our instincts and really, truly listen to each other. Creatively, you’re bringing your most immediate instincts.”

Guitarist SCOTT HOLIDAY adds:
“This is just the simplest way to not cheat ourselves or the listener. Rock and roll can’t be over-thought, and if it is, it loses its immediacy and instinct… It needs to be a knife FIGHT, not a knife DANCE.”