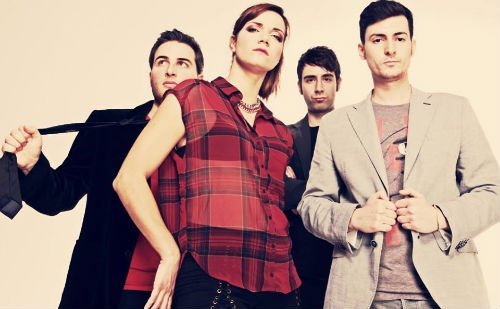 The album is a surprising collection of fresh and energetic alt rock gems . Listen to ‘Revolution is me’ HERE. 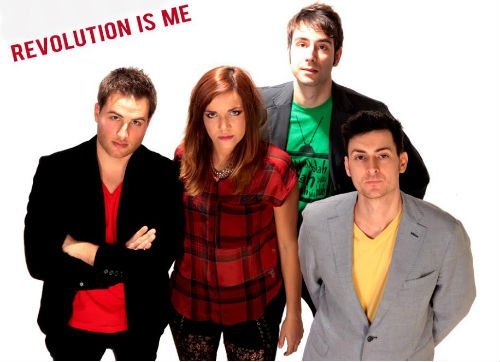 Why did you pick your band name Revolution Is Me (RIM)?

“Revolution is me” comes out from our desire to do something that would made the difference and leave its mark as a small revolution. “RIM” is also the margin, the border in which we are relegated by society, who often chooses for us and makes us a system of numbers. Beyond that margin, you can make a difference from the rest. Our music is for to anyone who needs a revenge, a ransom, and invite to the daily revolution from small things, first by themselves.

Everything started in 2011. It might seem strange, but we all met through the Internet. Olga and Alberto started the band, which later added Stefano and Jacopo. Our musical background, our previous experiences with other bands and the desire to start something important has been crucial for the success of the band.

Can you talk a bit about your debut album ‘Revolution Is Me’ (One More Lab Label)?

“Revolution Is Me” is a bet. It’s all what we want to scream to the world right now. We gave the album a self-titled to strengthen the bond with the band. The album combines emotions, feelings, anxieties and hopes of all of us. Feelings that may be reflected in all those who believe in our music. And the ones who still believe in the revolution.

No way mate! has been the beginning of a long process of artistic maturation, which is still in place. Some songs are extraordinary. We remember with pleasure the collaboration with Adriano Viterbini of BSBE in “Can I Have Your Heart Back?”. We still preserve that aggressiveness and the scratchy sound that led us in recordings and live promotion of the EP.

What is the rock scene like in Rome and Italy at the moment?

Well, we are not very excited about the Italian rock scene. There’s no many possibilities for a rock band to perform. There is not much interest in the genre if compared to other European countries. Maybe we should write something crooner! 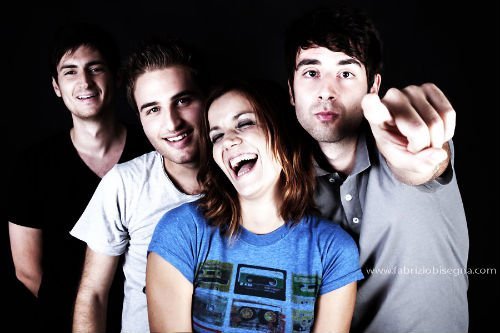 We plan some dates in Italy, but there will probably be many more, even abroad. It’s all in the definition phase. Our concerts are always very dynamic. One of our features is just to put on the stage all the energy of our music and pass it on to our audience. Who comes to our shows usually do not get bored.

What’s the best and worst thing about playing live in Italy?

In Italy there are too few clubs made for playing live music. There are lots of pubs where you can play, but often they are inappropriate and you can’t express your music in the best way you want. If you are lucky you will earn a dinner. Another bad feature is the poor interest from people about live music and in particular about original music. We think that audience’s ears are not ready in Italy. The best thing is when you can play in a place where people are ready for live music(because they exist) you can feel the feelings that audience send to us. And we think they do that in the best way. 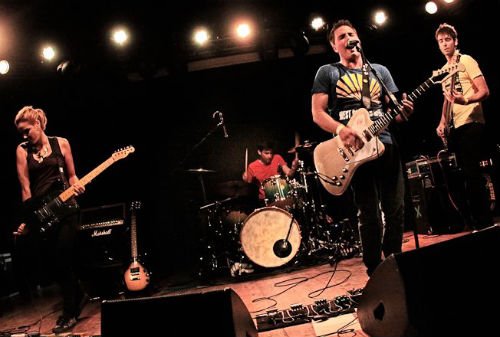 We like when people in front of us, communicate with us. This mean we love them when they sing our songs, claps their hands following the beats or when they scream bad words!

The genius of Biffy Clyro, the power and the melody of Foo Fighters and Paramore. But everyone in the band listened to classic-rock bands or rock in general.

We hope that the album just came out can give us great satisfaction. We intend to let us know as much as possible and carve out a place in the contemporary music scene. We will continue to do always what we love the most trying to convey to everyone who listens the soul of the Revolution Is Me.