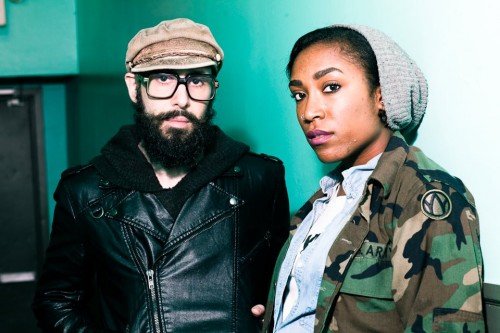 PYYRAMIDS is a new collaboration between OK Go’s Tim Nordwind and ex-He Say She Say singer Drea Smith.
PYYRAMIDS debut EP ‘Human Beings’, is released on 17th September 2012, through Paracadute Records.
For both players it’s a step into the unknown, a reinvention of the genres we’d associate with them. It finds them living in the dark and atmospheric cavern between leaving a club late at night and walking into the comfort of your home.

The EP comes with a remix of ‘Human Beings’ by Norwind’s OK Go band mate Dan Konopka who goes by the moniker DMK.
facebook.com/Pyyramids
Twitter – @PYYRAMIDS