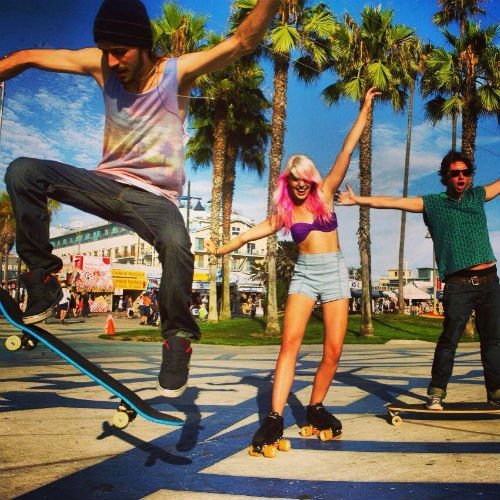 For Purple – Taylor Busby (guitar/vocals), Hanna Brewer (drums/vocals), Tyler Smith (bass guitar) – growing up in an east Texas oil town meant there was no other choice than to make music. While some of their friends ended up in the refineries, others couldn’t take it and ended their lives. Purple chose rock’n’roll as their escape.

“Beaumont’s small,” says drummer and singer Hanna Brewer. “There’s a lot of really mean Christians and Mormons and cows and the only rock ‘n roll music that people seem to like is Stevie Ray Vaughan. It’s very Southern, man. Racism is big. Even in school amongst the teachers the attitude was: ‘if it ain’t white, it ain’t right’.” 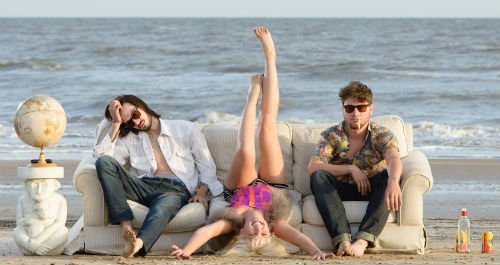 “Seriously. It’s messed up! And when I challenged them they would just say ‘Shut up you little hippy’. So I was the kid who everyone’s parents told them to avoid. I smoked weed but it might as well have been crack the way I was treated…”. On their explosive live shows, were instruments are abused and crowds are surfed, Busby says “We’re positive people. We’re always looking for the party somewhere. Or maybe we are the party…” 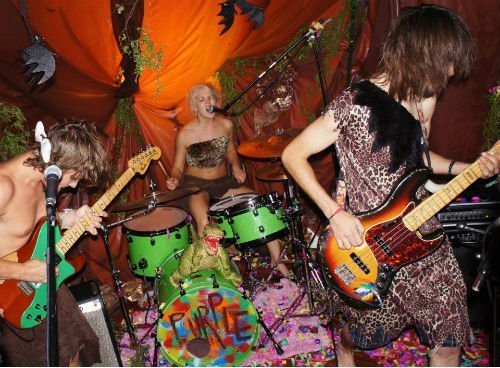