Following the release of his debut EP Part One (Waves of OK) earlier this year, Psychologist releases the follow up, Part Two (Propeller) on Not Even / Moshi Moshi Records. ‘Waves of OK’ and ‘Propeller’ make up a two-part release by Psychologist casually known as ‘The Epidural Collection’. 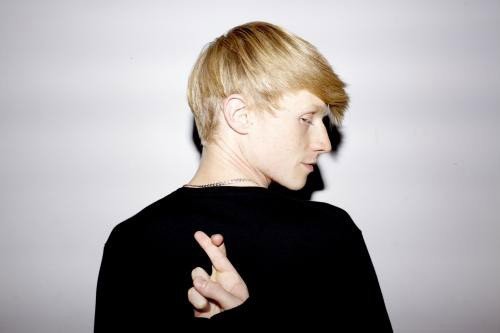 From the opening track ‘Out, Damned Spot!’, to the insistence of ‘Propeller’ – the lead track from the EP – and the sampling of Richard Linklater’s 2002 animated film ‘Waking Life’ on ‘Séance’, a feeling of foreboding surrounds the entire EP. With Propeller, The Epidural Collection and his Psychologist project as a whole, Iain Woods has announced himself as an curious and uncompromising talent.

Psychologist performed his ‘Waves of OK’ EP earlier this year with a 12-piece choir at St Matthias Parish Church, Stoke Newington – where that EP was also recorded. He played a headlining show at Electrowerkz on 11th August where he presented ‘Propeller’ live.

Psychologist is written, arranged, performed and produced by Iain Woods.