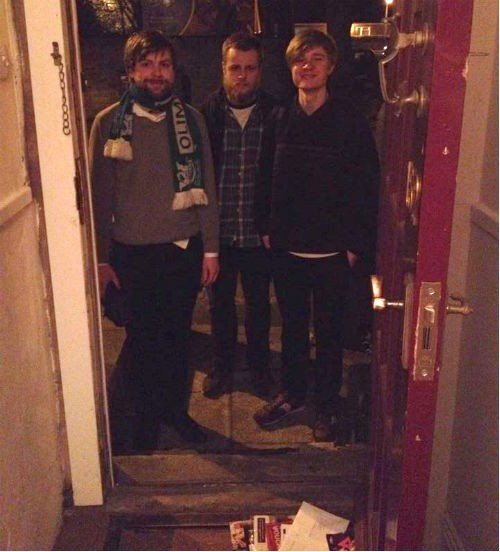 Check out few songs that they never found a release for:

So…Why did you decide to split up Collider?

Collider’s split up because James has moved to London and the rest of us are based in Sheffield. After that me, Paddy and Bobby started a new band called “Swordface” but after a month or so I joined pjaro which was previously a 2-piece made up of Paddy and Bobby.

Can you talk about these “lost songs” ?

The songs are ones that we had been playing live for a long time but we were never happy with the recordings. ‘Haven’t Slept in Days’ and ‘I Don’t Know’ were recorded in August 2012 with our previous drummer Simon who left to go and live in Armenia and ‘Already Lost’ was recorded by the final lineup of Paddy, Bobby, James and myself.

pjaro…tell us 3 things we should know about it

pjaro is a 3-piece based in Sheffield. We’re recording an album. We really love football.