Piano Rach is neither comprised solely of piano, nor is it exclusively rach. However, the name “Neo Fur Bolt” was already taken, so something had to give… 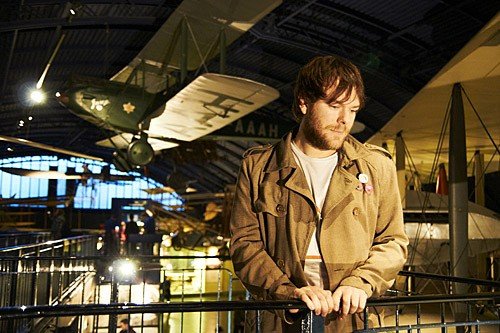 Regardless of their namesake instrument, it’s no surprise to hear 88 keys here and there on the group’s debut album The Manor.

But what comes as a pleasant surprise is the refreshing take on rich, textured and sublimely bittersweet rock, fitting somewhere snug between Harry Nilsson, Wilco and Iggy Pop.The band began in Toronto, Canada – where multi-instrumentalist Matthew Parker asked friends to help on a studio project.

This was back in 2001, just a few weeks before the world went bananas. What followed was a fairly epic and – frankly – unexciting recording adventure that lasted 9 years, spanning 6 recording studios, 3 cities, 2 continents and dozens of players and engineers.

Many songs were recorded, plenty were left behind, some were trimmed down and in the end, ten made the cut for the album you’re now ready to listen to. Parker writes and performs all the music on the recording, except in the case of horns, strings, woodwinds, pedal steel or female vocals, which then need to be handed off to other, more skilled men.

The result is groovy and orchestral; bouncing back and forth from bubbly, colourful jazz-rock to raucous, bombastic noise jams. Almost every song can be danced to (badly!) and those that can’t still can be toe-tapped or shoulder-shaken in due course.

Piano Rach are now located in London, UK and have grown into a ferocious live act with Parker singing from behind the drums, along with keys, samples, bass and guitar provided by guests Max Zoccheddu (ex-Sunny Day Sets Fire) and Marina Cristofalo (Lilies on Mars).
www.pianorach.com