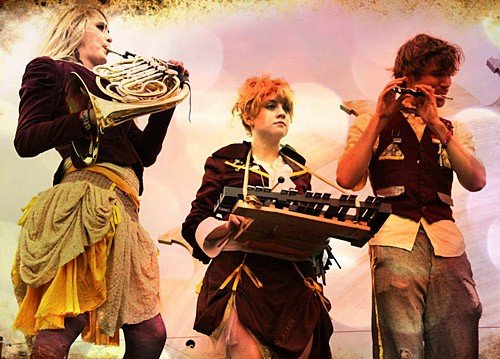 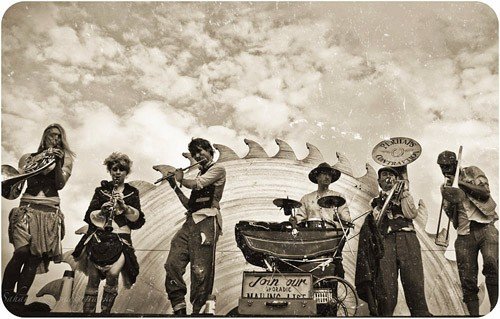 Their costumes are co-designed by festish designer Am Statik, they feature a drum kit in a Victorian Pram, they sometimes dress as animals and they are becoming a hit at the Bestival, Torture Garden and Secret Garden Party crowds. Unless you’ve caught their stomping festival antics, its unlikely you will have experienced anything like Perhaps Contraption before. 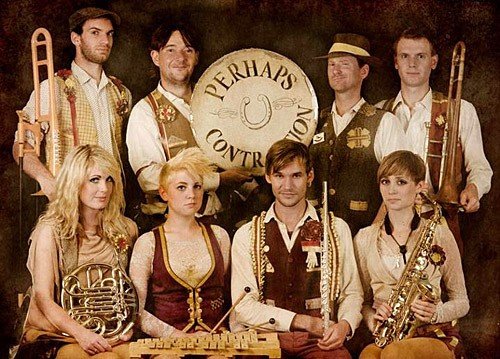