Patch William are a London based four-piece consisting of brothers Will and Ed Adlard, and friends George Eddy and Ali Digby. 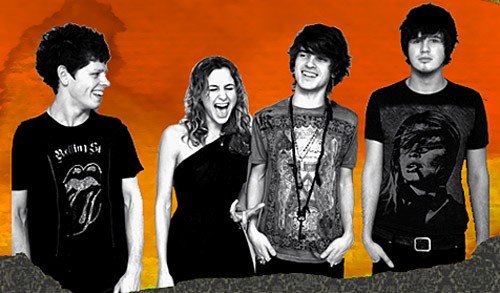 Since their first gig at Bristol University, the bandâ€™s unique and crafted sound has seen them receive a host of acclaim.

As fan Stephen Fry suggested on his twitter page, â€œMight Patch William be the next big thing? They seem rather wonderful to me.â€

A series of coincidences would find Patch William under the guidance of producer Steve Levine who quickly signed the band to his label, Hubris records.

The band have moved from strength to strength playing regular gigs in London, an exciting Summer line-up of festivals including Glastonbury, Belladrum, Firefly and then Bestival, followed by a session and playlisted on X-Posure for XFMâ€™s John Kennedy.

Theyâ€™ve filmed an acoustic track for the Burberry Sessions and are featured on Sony Musicâ€™s Burberry Acoustic compilation Album as well as the Station Sessions Compilation.
www.myspace.com/patchwilliam
www.patchwilliam.net