A band comprising of three 19-year-old girls who all write, sing, play guitar and who formed under their own volition is probably rare. Noteworthy even. But what makes One Sixth of Tommy really matter is their music. 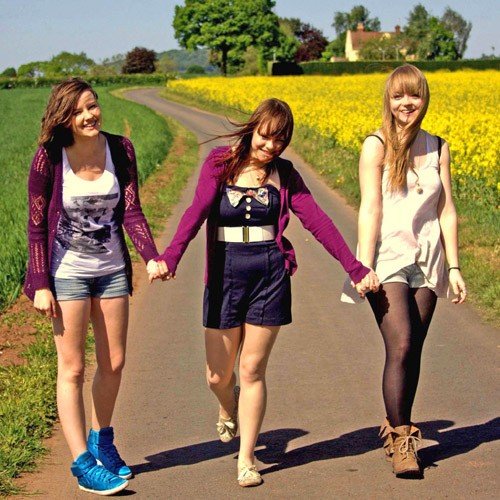 Their songs are melodic, graceful and uplifting with a nod to acoustic traditions yet not without a healthy dose of experimentation.
One Sixth Of Tommy – For Always (James Yuill Remix) by Helium Records
It is a sound well formed despite the band’s age. First meeting at a music workshop in their hometown of Stourbridge, they hit the ground running and have been writing, playing live and logging hours in rehearsal rooms ever since.

Appearances on the Croissant Neuf and Bandstand stages at this year’s Glastonbury Festival are some of the many highlights of their continual upward trajectory. Their first album is another.

You’re In My Head is an exciting debut consisting of 11 beautifully crafted pop songs; instantly memorable but with genuine depth, delivered with an effortlessness indicative of friendship, hard work and a shared musical intuition.

With the guidance of Chris Hughes (Tears For Fears, Paul McCartney) and Mark Frith (Tom McRae, Electric Soft Parade) they have created an album that spans emotions and moods, beautifully capturing the ups and downs of life but still ringing out loud with the joy of youth.

You’re In My Head contains the band’s first single The Pact with the second single Everything’s OK to follow on August 15th.