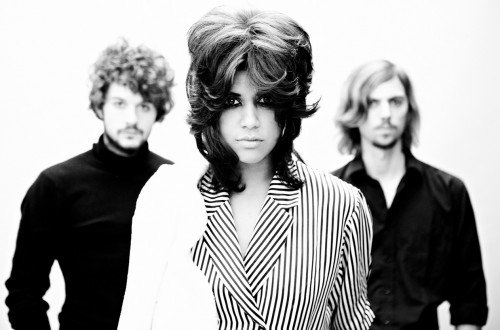 Nife are (AKA Nife – lead singer and guitar), Howey (drums) and Scott (bass guitar). The rock band hailing from London via Austria and Bath, describe themselves as “60s Psych meets Krautrock in a Classic Rock casing”.
Lead singer Nicky states: “We enjoy going off on one, we know how our live shows will start, but never how they will end.”

Amid the chaos, Nicky’s melodious, powerful vocals and distinct open guitar style are backed by a rock-solid rhythm section.

When Nife found a fan in highly accomplished producer Tim Oliver (Sinead O’Connor, Happy Mondays, New Order – and many others), after his friend attended a gig and presented him with a CD.

Since then, Tim has become a mentor to the band, helping develop Nicky as a performer and recording their new album in Peter Gabriel’s Real World Studios.