Nasa Assassin – Ma Nelson’s, Belfast, EP launch for Set The Controls To The Heart Of The Flat 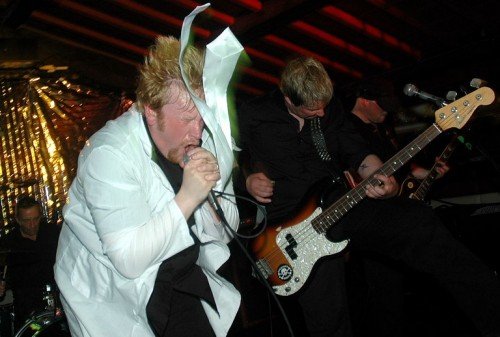 There’s a lot to be said for experience and professionalism, and one thing I’ve come to realise as I’ve got to know a lot of guys in bands is these boys have bucket loads of both.

The theme of the night being space made me wonder exactly what would be pulled out of the bag and I wasn’t disappointed in the slightest. 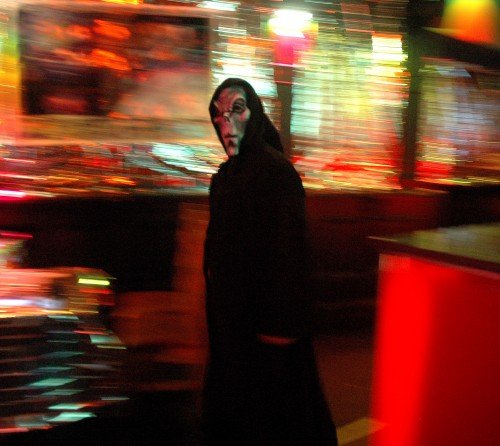 From the metallic stairway leading up to centre stage, to the mini aliens with their laser guns on each pump and everything in between, the whole upstairs looked (in The Watchers words) like a “Space Odyssey” .

Of course, we can’t forget the support band Prairie Dugz – a Scottish punk band – who started off the festivities.

The energy they gave off was perfect to get the audience in the mood for a high octane night and let me tell you I’m looking forward to Blackpool in August if this was them doing a support slot.

What can I say about Nasa Assassin? It’s hard to describe these boys, to say they are infectious with their mix of singing and rapping vocals along with some amazing guitar riffs and drum beats that leaves their audience breathless is an understatement. 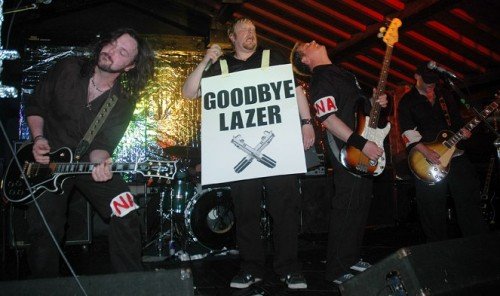 From The Watcher walking on stage at the start of their performance until his signature Sandwich Board at the end (this one as funny as all the one’s before) they had the whole place jumping from start to finish.

Their EP tracks, Sexy Nervous Breakdown, Nasa Assassin, Mystified and Super Collider had all the upbeat manic energy that I and every other fan of Nasa have come to expect and that no other band could pull off. 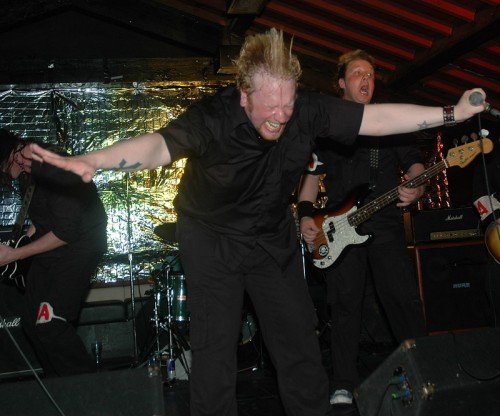 Nasa Assassin took over the stage and the people, turned the whole place on its head and left us all wanting more.

Being Nasa Assassin, they didn’t just do their EP songs, but a few extras including One Man Crime Wave and Invaders must DIE.

I was expecting the whole upstairs to end up on the ground floor at one point with the force of the audience, myself included, jumping and dancing along with the band.

All in all it was a night to remember and if I was to tell you to see one band this year it would be Nasa Assassin and that is all…
myspace.com/nasaassassin
facebook.com/pages/Nasa-Assassin
myspace.com/prairiedugz
By Bridgene Nolan
Photos by Fabrizio Belluschi/FAMEmagazine.co.uk