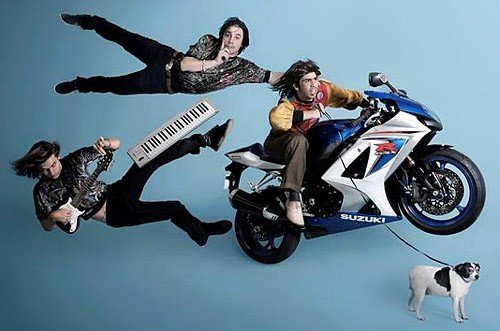 NaÃ¯ve New Beaters are a provocative Paris-based three-piece whose unique take on electro-pop cleverly dynamites all the clichÃ©s.

Imagine Gorillaz, Ratatat and Eddy Murphy going at each other in a no-holds-barred combo mud-wrestling-laser-tag championship and you only begin to imagine the thrills and spills of NaÃ¯ve New Beatersâ€™ live show. 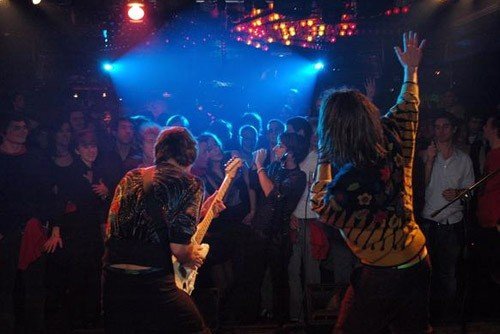 Following the mayhem of their recent UK dates and an absolutely storming set at The Secret Garden Party, NNB are getting ready to embark on their biggest UK tour to date supporting â€˜Artist De Jourâ€™ Darwin Deez.

Naive New Beaters signed to Kitchenware Records in 2009 and are currently touring the U.K and Europe attracting a hipster and eclectic crowd – who are flocking to witness the trioâ€™s energy, synchronised dance routines and cheap pyrotechnical effects – and to be earning them invites as tour support from the likes of The Kills, Darwin Deez or Cassius.

Their live performance is a must see, making the crowd dance, smile and party with them.
www.myspace.com/naivenewbeaters