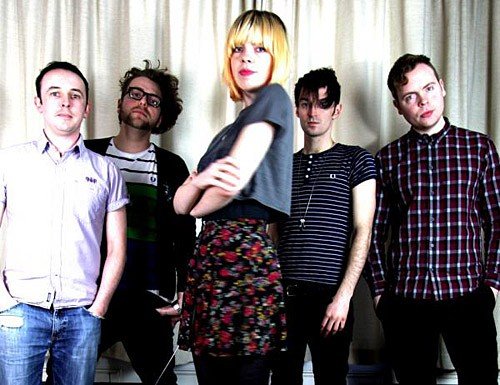 Endless Summer by mytigermytiming
My Tiger My Timing formed in London in 2008 and they have released two singles – This Is Not The Fire and I Am The Sound – and an EP, with material produced by New Young Pony Club and Hot Chip, released through Kitsuné, Pure Groove and Modular Records.

Inspired by rainy grey holidays spent in the city, wishing back to the never-ending summers of the past, the band’s third single combines irresistible schoolyard singsong with hypnotic drums, shimmering electronics and angular guitars, to create a perfect slice of modern leftfield pop. The band are currently finishing their debut album, with Endless Summer released on August 1st.

Live highlights have included tours of Europe in 2010, slots on the BBC Introducing stage at Radio 1′s Big Weekend, at the Isle of Wight and V Festival, and supporting Phoenix and The Ting Tings in Germany. The band play the John Peel Stage at Glastonbury this summer.