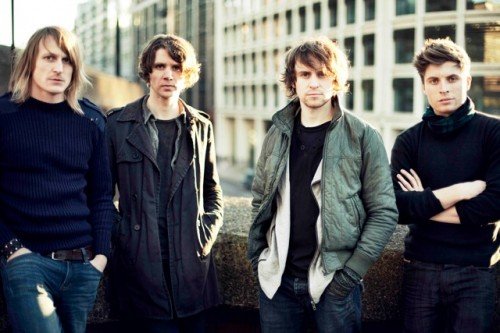 Check out My Preserver single ‘King Jesus’ taken from their forthcoming album ‘Revolutions In The Head’ released on May 28th 2012.

My Preserver’s high energy, hook-laden single ‘King Jesus’ is a sign of things to come from the London based 4-piece.

A series of exciting releases from the band are due this year, including the official release of My Preserver’s debut album ‘Revolutions In The Head’, produced by Premen Underhill (Klaxons, Bloc Party).

The album was leaked late last year and immediately put My Preserver on the shortlist for the XFM New Music Award.

Meanwhile the album track and forthcoming single ‘You Know Something That I Don’t Know’ was also used as the introduction music for WBO Boxing World Champion Nathan Cleverly’s fight at the O2 Arena.

‘King Jesus’ will be available from mypreserver.com and all good digital stores on May 28th 2012, My Preserver’s debut album ‘Revolutions In The Head’ will be released this Autumn.

Tickets for the single launch show at The Garage, London on May 30th are available now from ticketweb.co.uk
mypreserver.com
facebook.com/mypreserver
twitter.com/MyPreserver