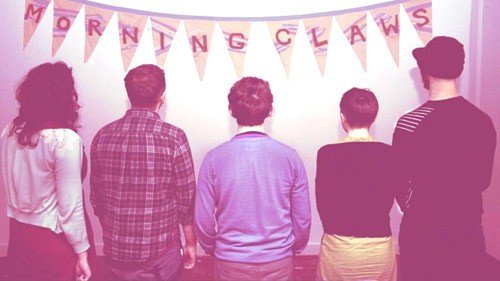 So they decided to start a band and sought the same harmony in their music.

The whole thing went wonderfully well. They created an intricate blend of electronic and indie music and they called it Morning Claws.

They have recently recorded a single with former Oppenheimer member Rocky Oâ€™Reilly at Start Together, Belfast.

â€˜Slack Magicâ€™ is scheduled for release on 11th April 2011. The band will launch the single with an intimate show at Belfastâ€™s oldest tavern, Whiteâ€™s and will then play shows across Ireland and the UK while recording their debut album.