Marcus Harmon (New York) and Matt Nannetti (Brussels) came together when Marcus needed someone to jam with on a trip to Brussels, he found Matt and after mixing cultures and genres, Mickey Cupid formed when Brussels collided with New York. 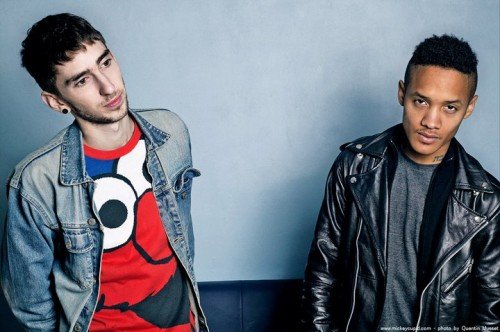 Keep It In Disguise by MICKEY CUPID
Mickey Cupid are the ultimate pop band, Matt provides an element of dance, electro and club while Marcus understands song-writing and supplies the pop. Although the boys were brought up in worlds so far apart, they connect through their music as if they were raised in the same neighbourhood.

The band will be releasing their EP ‘Hey Crazy World’ on iTunes on the 23rd of May 2011 but is available to download for free for a limited time from their website: www.mickeycupid.com.

The lead track is ‘Keep It In Disguise’ and is the perfect mix of pop, disco and electro and sets the tone for the rest of the EP.

The EP is 6 songs long and the band have a whole host of other material ready to be put out there for the world to hear. Mickey Cupid are passionate about what they produce and along with their upbeat, stimulating new sound they are sure to provoke an electrifying reaction.

With fans including Bryce Wilson, Lisa Vu and Jimmy Maynes in the record industry they are heading in the right direction, but most of all they have connected with a fan base which spans over two continents.

Following in the footsteps of bands like The Temper Trap, Bag Raiders and Roxy Music, Mickey Cupid have the pedigree to succeed.
MICKEY CUPID
HEY CRAZY WORLD
Released on I-tunes 23rd May
www.mickeycupid.com
www.facebook.com/mickey-cupid