By the time Max was eleven, his burgeoning talent had ensured he had already been on T.V. Max also had regular requests to attend gigs performing on Sax & Italian Folk Accordion and began playing piano and writing his own material. 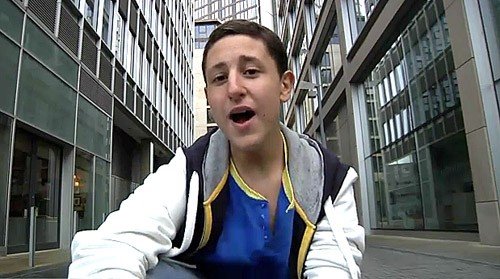 Eliot listened to a track he was working on at that time, on his four track recorder.

Kennedy said although Max was talented, he thought he was too young for the industry at that time. He advised that we come back when Max was older. 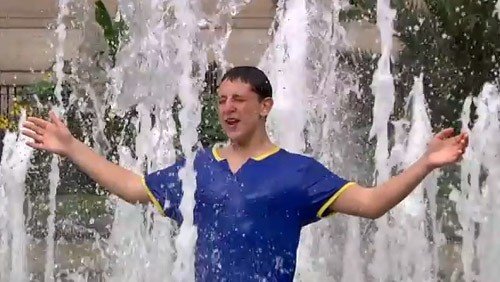 By the time he was 13; Max had completed his first demo album SMILE WITH YOUR EYES, and had just finished a school tour.

Max immediately contacted Eliot again, who invited us along to the Steelworks Studio where he listened to the Album.

He liked it and was even impressed with the artwork on the Album, which Max did himself.

Max has since recorded two tracks with Eliot, and is planning to produce his debut Album in the near future. The first track Life is Real is the first official single release.

Max recently took part in the BBc Documentary â€œThe Making of a Symphony for Yorkshireâ€ which documents the challenges that writer and composer, Ben Till faced when trying to pull together 200 musicians for the alternative symphony in no less than 8 days.

At only 13 years of age Max has already generated a lot of interest from the media and professionals alike, and is look set for a long and established career in the music industry.

Having won a heat in Top of the Ox National Song Competition, Max is now releasing his first official single.

Life is Real is through Crash Records â€“ the single will be available from all good download sites, and there will be an accompanying promotional video to support the single.
www.max-music.co.uk