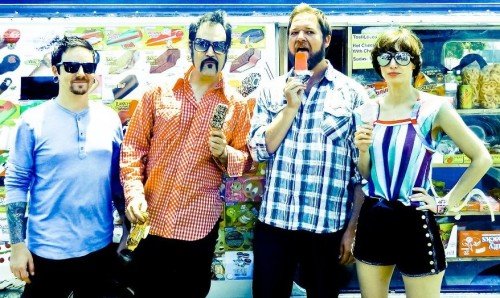 Filled with dreamy synths, beautiful and transcendent guitars, and Maren’s blend of poppy and gorgeous vocals, this is the perfect song for the summer (?).

About the dreamy new video for ‘Tightrope Walker’ , directed and edited by Greg Schoenwald and Dead In 60 Years, front woman Parusel says:

“Many thanks to Dead in 60 Years, a group who supports indie music and local music events in Fresno.

We met the crew a year ago on a trip up to Fresno while on tour up the coast and they offered us to make our first music video, “Kiss You.”

We liked it so much that we asked them again this time around. 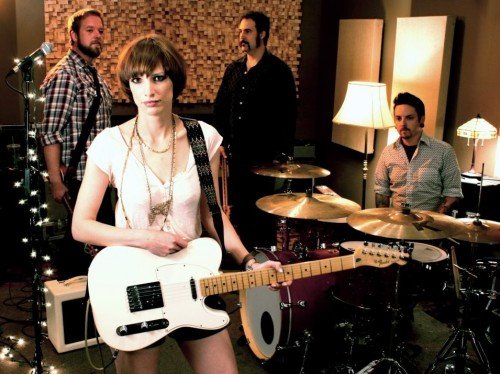 We started shooting the video after driving to Fresno the night before. The shoot started at 6:30 am to about 2 am the next morning, after which we drove 5 hours back home to San Diego.

Special thanks to the crew of Dead in 60 Years, who never stopped with the determination to finish the video in a one day shoot.

We went from climbing hills to an Alice in Wonderland Amusement park, had several jumps in the coldest pool in the world and ended up performing in a scary haunted house.

Maren’s sister, Lena who was visiting from Germany was doing costume design and was performing as a scary masked clown in the video.”

When San Diego pop songwriter Maren Parusel’s gear was stolen on tour in New York City last year, she took the opportunity to revamp her guitar-driven sound with synths and a new resolve to overcome anything that stood in her way.

It’s in this spirit that her sophomore full-length, ‘Tightrope Walker’, draws inspiration from two stories of triumph over…forces both external and within: Nietzsche’s pivotal novel Thus Spoke Zarathustra and Man on Wire, a documentary about legendary high-rope walker Philippe Petit, who traversed a line between the World Trade Centers (not far from where Parusel lost her gear) in 1974.

Parusel says “Metaphorically, life is you walking on a tightrope,”

“You’re balanced on your own rope. You can slip and fall. This album is about believing in yourself rather than looking up to figures. It’s about living your own dream.”
facebook.com/marenparusel
marenparusel.com/