Magazine Gap are an eclectic pop/rock band from London and possibly one of the most exciting British bands to emerge in many years. 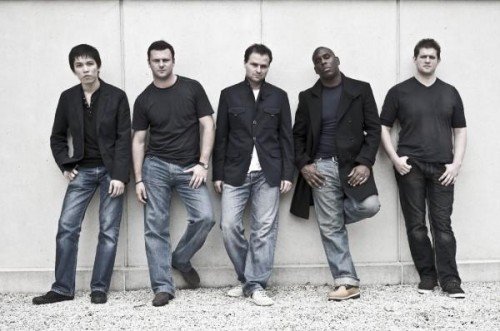 It perhaps works so well because it shouldnâ€™t work at all: take the folk-rock musings and pop sensibilities of singer-songwriter James Keen, the R&B/hip-hop leanings of drumming sensation and producer Brian McCook, add in classically-trained concert pianist and jazz maestro Alex Ho, funk bassist Tim Gyton and blues-rock lead guitarist Jason Keen and you have one of the most powerful and compelling combinations on the music scene today.

The signature sound of Magazine Gap developed organically over several years, through a shared vision of creating something fresh from a cocktail of different flavours.

Magazine Gap officially formed in 2009 and decided to adopt an independent strategy of taking an old school approach with a modern twist.

Wanting to make the album both classic and contemporary, they would track in some of the leading recording studios in the world and would â€˜road-testâ€™ their songs directly to a broad audience by touring across the US and around the UK.

They also wanted to create an album that they themselves would buy but was not seemingly available in the market.

At the same time, the band fully embraced social networks gaining hundreds of thousands of supporters across cyberspace including on Myspace, YouTube, Facebook, Twitter, and Jango.

The songs were written by James Keen, and produced & arranged by Brian McCook.

From rich studio recordings to sensational live workouts, this London-based band has truly international potential, reaching audiences as far and as wide as the musical influences which infuse their songs.

The name “Magazine Gap” is actually taken from a road in Hong Kong, where three of the band grew up. It runs from the Mid-Levels to The Peak, as should the road that the band is on…
MAGAZINE GAP
â€˜LIGHT & SHADEâ€™
Out Now
Jackaroo Records
www.magazinegap.com
facebook.com/MagazineGap