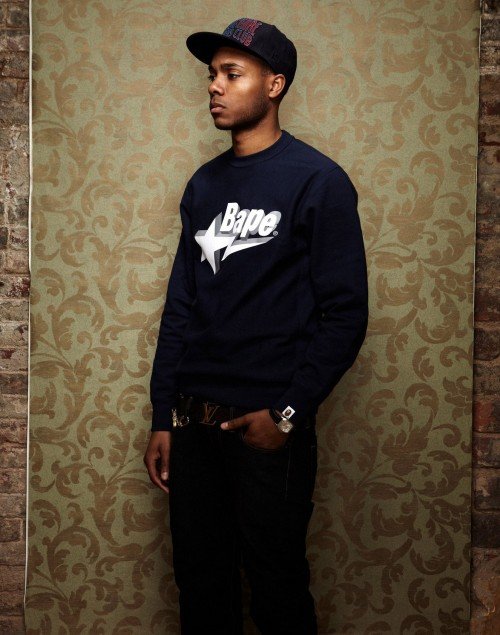 Philadelphia native Lyn Charles is fresh on the scene and wishes to command a spot as a recognized artist.

Charles has been rapping since he was 6 years old, when his first grade teacher attempted to suspend him for his rhyme book. After realizing that one book could gather so much attention, he knew there was a power in words.

Growing up, Lyn Charles was also exposed to the latest and most current music by his older brother. Charles’s attention was grabbed when Notorious Big and 2Pac reached the pinnacles of their careers.

Charles liked both artists for various reasons—he valued 2Pac for his deep lyrical content and Big for his raw and amazing delivery. Ever since, Lyn Charles was born. Growing up in poverty and not yet escaping it, the “struggle” has been the focus of most of his music, but he also focuses on past relationships he has had and ones he would like to embark on.

Charles has a love for fashion sparked by the fusion of the urban and foreign fashion movements. His sleek style is specifically shaped by Billionaire Boys Club, Bape, Mcm, Louis Vuitton and Japanese influenced clothing. Charles is not a hipster; he is an innovator.

Lyn Charles started out recording in his bedroom with the bear necessities (a macbook pro, a mic and logic 8). Then, upon purchasing more home studio equipment, he ran into a producer at Dre and Vidal’s studio 609 in Philadelphia.

Charles is currently working on his first mixtape with features from artists like Big K.R.I.T, Kendrick Lamar Philadelphia Freeway, and BJ the Chicago Kid, which will be released to the public by April. He is currently an independent artist on his own label LynandGreed with offers on the table. In “L” we trust!
BY DZ
www.facebook.com/lyncharlesmusic
www.lyncharlesmusic.com