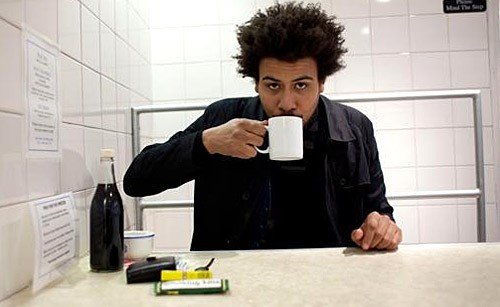 Itâ€™s not just the style of the music (although anyone old enough or enough of a connoisseur to know that R&B once meant something more than just todayâ€™s-quick-fix-pop-filler will recognize the hallmarks of classic soul, given a contemporary twist); no, itâ€™s also that thereâ€™s a quality thatâ€™s rare in music today, and thatâ€™s simply that you believe Liam when he sings.

Listening to Liam â€“ to â€œSave Some Loveâ€ or â€œStrandedâ€, say â€“ you might well find yourself saying to yourself that you didnâ€™t think they made them like this any more. And then, after the music finishes â€“ once the needle is lifted clear, as you might imagine it â€“ youâ€™ll surely wonder: well, who is he then?

Or even: who the hell does he think he is?

The answer to these questions doesnâ€™t come quickly, because one thing you realize when you listen to this 25-year old singer-songwriter â€“ listen to him speak, that is, over a pint in the pub or over a very late breakfast that follows in a greasy spoon â€“ is that the making of him has taken some time for good reason. 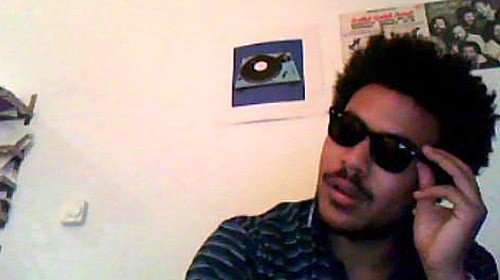 Words tumble out of him and stories unspool that veer between the simply daft to the blackly comic and all points in between and beyond.

He is wearing a black polo neck, and sports a fine afro â€“ a timeless look, but he doesn’t try to play it too cool.

Rather, you’d be hard pushed to find someone more down to earth or bursting to get his message across.

My grandparents came over in the Fifties in that first big wave. My dadâ€™s family were Jehovahâ€™s Witnesses.

But he wasnâ€™t, he was kicked out the houseâ€¦â€ Perhaps that was a sign of things to come.

So what constitutes a contemporary British soul singer?

Sure there was the influence of the pop charts when he was growing up, on an estate in Beeston in Nottingham.

Liam’s dad used to tape Top of the Pops for him, â€œso I could watch Five Star and Michael Jacksonâ€¦he was the only reason I started singing.â€

havenâ€™t â€“ and because I never got everything I wanted when I was younger, I think that might be why my ambition was a bit bigger,â€ he
laughs.

â€œNot getting everything you want and being in love with Michael Jackson.â€

But equally? Like others who grew up in the Nineties, inspiration arrived from a very different direction â€“ a development presaged by his family moving out of Nottingham to the nearby village of Selston.

â€œI got away from some of the potential hazards of the city for a simpler way of life,â€ he says, â€œalthough Iâ€™ve always been in a position of being threatened.

In Beeston there was a lad in the council estate whoâ€™d bully meâ€¦ until I got the upper hand on him.

Then when I went to Selston Iâ€™d get it again in the form of racism.

There were only one or two other kids in my school who werenâ€™t white. I was always in trouble at school.

Always. But I got into Oasis then. Before them, there was no-one who made you feel it was all right to be who you were, wherever you came from.â€

Liam remembers singing R Kelly’s â€œI Believe I Can Flyâ€ at a Stars in their Eyes show at school, and girls screaming at him for the first time.

But he couldn’t play guitar, too, if he wanted to be an R&B act â€“ or so he thought.

Instead, like others of his generation, he formed an indie band. Problem No 1, as he tells it, was that in Nottingham, no-one wanted to know.

â€œThe only guy with a hit single I ever met,â€ he remembers, â€œwas the drummer out of this 1970â€™s pop group. He had a club out in the middle of nowhere.

It was Phoenix Nights. Heâ€™d come to the bar and because he wanted to manage us, he’d say ‘these lads can have anything they want.â€™â€

If there was something that was on offer, though, that was an education in different schools of music.

Little wonder that he describes himself as a â€œproper folk headâ€, equally au fait with the soundtrack to the Wicker Man and the lyrics to the suggestive â€œGently Johnnyâ€ as he is with the chart hits of today.

Not that Liam Bailey isn’t a threat to the charts. Since moving to London, he’s known dark times â€“ not least because his move down
south did nothing to corrupt his accent, but it did see him split with his on-off girlfriend.

He admits himself that he started seeking solace elsewhere, in the bottle for a while.

â€œThis city does that to you. Itâ€™s not good for everything, but it is good for alcohol,â€ he says.

But out of that bleakness came the material for the record that he’s now made. â€œI was listening back to it the other day,â€ he says with a grin, â€œand it’s all about her!â€

Perhaps that’s always been the way with the best and truest soul music. The good news for Liam was that others felt his pain, too.

Producer Salaam Remi was planning on taking a break after working with Amy Winehouse on Back to Black and winning a Grammy with
Jazmine Sullivan, but then he came across Liam through a friend and decided to produce his forthcoming album as a labour of love.

Others might want to box Liam in as the male equivalent of those singers, but what Salaam Remi found was someone who could mine
a deeper seam that brings to mind classic folk as well as classic soul singers.

The result then? The sort of record that you could describe as sounding timeless â€“ from the sort of young talent who could never have come from a TV talent show.

Spend any time with Liam and you’re bound to be charmed, and certain to find yourself laughing.

The stories he has to tell are endless â€“ but there is one thing certain that you can be sure to hold on to.

And that is that Liam Bailey is a singer who’s very much found his own voice.
liambaileymusic.co.uk