There’s a dusty pile of records in the corner of Lail Arad’s flat and each one of them has been stolen. From Woody Guthrie’s ‘Songs To Grow On’ through to The Incredible String Band’s ‘The 5000 Spirits’ they have all been liberated over the course of time from her parent’s collection.

“I sort of missed out on whatever it was my friends were listening to in the 90s – I was learning the back-catalogue of Simon and Garfunkel, Joni Mitchell, The Kinks…” says 26 year-old Lail.

It shows. Lail’s debut album ‘Someone New’, will be released on the 14th June through Notify Music, is a fascinating storybook of youth, rich with wit and sprinkled liberally with the kind of sophisticated pop melodies you’d normally associate with her enduring musical heroes. 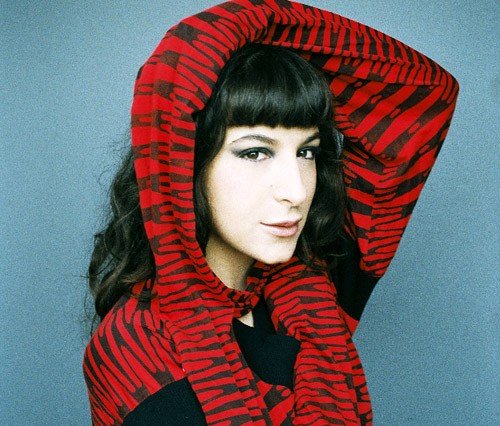 WHERE ARE YOU FROM ?
London. I was born and raised here.

People donâ€™t always believe me. My accent is a little twisted and I donâ€™t act very English.

WHO ARE YOUR INFLUENCES IN THE MUSIC INDUSTRY ?
Iâ€™m very influenced by the music I was brought up on. Simon & Garfunkle, The Rolling Stones, Leonard Cohen..

Then there are the new hippies who I love listening to like Little Joy, Devendra Banhart, Edward Sharpe â€“ maybe theyâ€™re not so new any more.

There are some female solo artists who I really admire â€“ Feist, Regina Spektor, Martha Wainwright, Camille â€“ even if musically weâ€™re not on the exact same page. And loads of bands I love, old and new â€“ Talking Heads, Vampire Weekend, The Strokes, Herman Duneâ€¦ I could go on. And on.

WHAT HAS BEEN THE HARDEST PART OF BEING A SOLO MUSICIAN FOR YOU ?
My limitations as an instrumentalist. I can play piano okay and I taught myself guitar over the last few years, but Iâ€™ll never be able to play like people who grew up with a guitar in their arms.

The only instrument I feel I really own is my voice. What I would give to play honky tonk piano like Leon Russell! 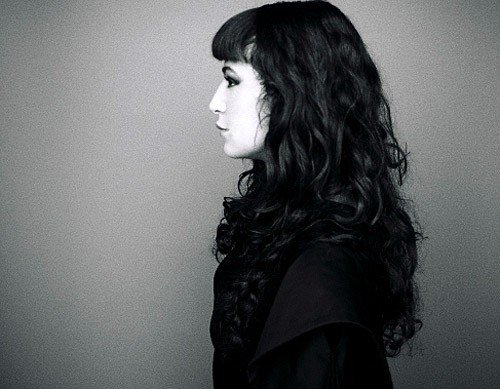 TELL US A BIT ABOUT YOUR EARLY DAYS AND HOW THEY DIFFER FROM NOW ?
My early daysâ€¦ Its still early days! I do remember a few years ago when playing a show was new and scary.

And it was a big question whether it would go good or bad.

I donâ€™t think any of the songs from those first shows are still in circulation. Its been a natural evolution.. Nowadays Iâ€™m much more confident about what weâ€™re bringing.

The variants are the venue, the crowd, the sound, the mood..

But Iâ€™m less scared of disasters. Having said that maybe Iâ€™ll look back on what Iâ€™m doing today in a couple years time and laugh!

WHAT WAS THE LAST GIG YOU PLAYED, WHAT DID YOU THINK OF IT ?
I played a couple of songs in a magazine launch party.

I forgot my guitar cable and there was no stand for the mic so I played unplugged and not many people could hear me.

I also forgot my capo so an old man made me a makeshift one out of a pen and a hairband. It almost worked.

The whole thing was shambolic. Did I say disasters donâ€™t happen anymore?

WHATâ€™S THE MOST SUCCESSFUL THING YOU HAVE DONE TO DATE ?
Well Iâ€™ve just come back from a little tour supporting Jeffrey and Jack Lewis so its fresh in my mind.

It was hugely exciting. Itâ€™s a big deal opening shows for someone who is your contemporary hero.

I was totally nervous in the first show which is quite rare for me. I think we did ok!

WHO HAS HELPED YOU THE MOST GET TO WHERE YOU ARE TODAY ?
A lot of people have helped me, in a lot of different ways.

Roi Erez who performs with me in the shows and was very involved in the production of the album is the person who Iâ€™ve been working with musically for the longest, and heâ€™s been a wonderful part of this story so far.

WHATâ€™S COMING NEXT FOR LAIL ARAD?
Well itâ€™s the start of June now and my album will be out online by the middle of the month.

Itâ€™s called Someone New. Iâ€™m excited for people to finally hear it!

Weâ€™re having shows in London and Paris to celebrate the release. Thatâ€™s the next thing to concentrate on now that Iâ€™m back from tour.

IS IT HARD BEING A NEW ARTIST IN TODAYâ€™S INDUSTRY ?
I never found it very hard but Iâ€™m not sure I look at it in the same way as other people.

Maybe emotionally itâ€™s hard because each time you open your inbox there is some good news and a lot of knocks â€“ you have to keep very level headed and remember that you donâ€™t actually want everyone to like or understand what you do! Concentrate on the people who do.

HOW IMPORTANT IS THE INTERNET AND SOCIAL NETWORK SITES TO THE SUCCESS OF LAIL ARAD?
Itâ€™s funny you keep referring to me by my full as though I am not me! Um.. the internet is a big part of my life and my musical life, thereâ€™s no denying that.

Myspace was a great platform, especially in the first couple years when I was doing my funny Calendar Girl profile pictures each month â€“ and Youtube too, I played around with home-made videos a lot.

Lail has also made one of the album’s stand-out tracks ‘Everyone In Moving To Berlin’ available as a free download now.
Lail Arad // Everyone is Moving To Berlin by Stayloose
www.myspace.com/lailarad