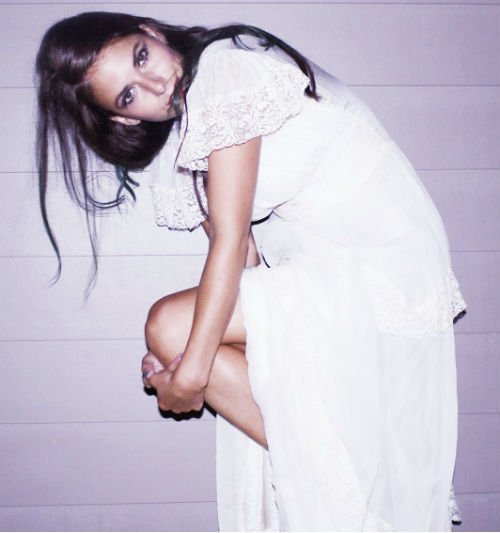 Kuzin (pronounced “cousin”) is the solo moniker of Los Angeles-based by way of Nashville, stunning multi-talented artist Jessica Maros. ‘Dumb Bitch’ is her first solid & catchy rock and roll number taken from her debut album ‘Cavity’, to be released via Kill Canyon in Spring 2015.

Speaking about the album, produced by Bill Reynolds, a Grammy-nominated producer and member of Band of Horses, she reveals: “I didn’t want to create something perfect.. just something real. My songs are always morphing and changing, so there comes a time to just press record and see what sort of expression you get.”