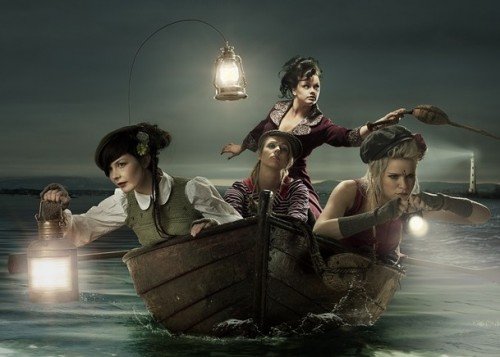 Co-written by Katzenjammer and Robert Ellis Orral and produced by Mike Hartung and Kåre Chr. Vestrheim in Oslo, it’s a song which reels you in hook, line and sinker and leaves you gasping for more.

A gutsy, below deck fiddle jig, it gives the banjo and the mandolin a good airing and is undeniably Katzenjammer. 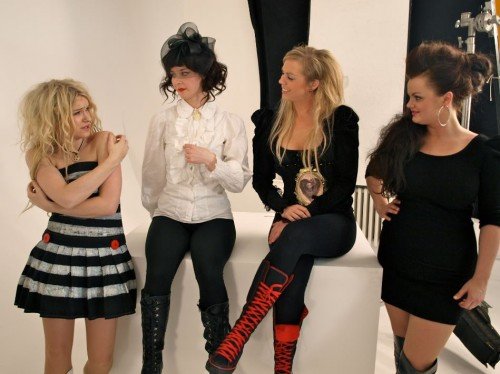 Anne Marit, Marianne, Solveig and Turid also release new album ‘A Kiss Before You Go’, on May 7th and take their insane, live carry-on to The Scala on March 22nd.

For anyone who’s not yet in on the Katzenjammer secret, the band play a headline UK tour in May, which will see them consolidate their ever-growing reputation as one of the most exciting live acts around.
LIVE DATES:
Thu 17th BRISTOL, Academy 2Fri 18th MANCHESTER, Academy 3 Sat 19th GLASGOW, King TutsSun 20th BIRMINGHAM, Academy 2Tue 22nd BRIGHTON, Concorde 2 Wed 23rd LONDON, XOYO
katzenjammer.com
facebook.com/katzenjammerne
@katzenjammers