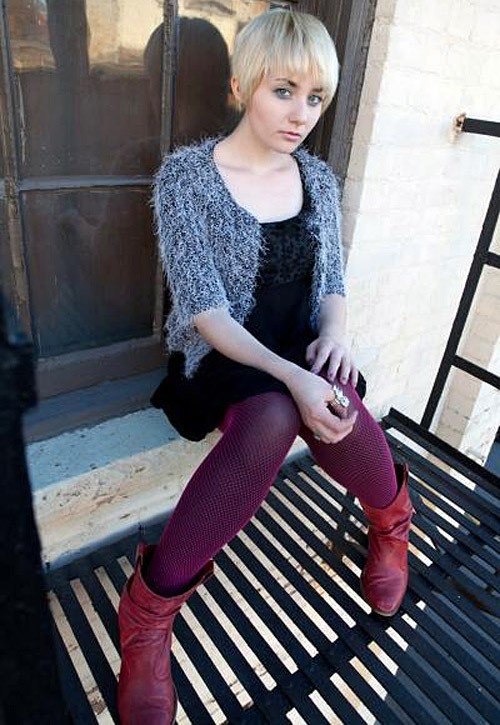 Produced by The Black Keysâ€™ Dan Auerbach, the album follows Mayfieldâ€™s acclaimed 2008 release, With Blasphemy So Heartfelt, which debuted in the CMJ Top 200 and in the top 50 on the Indie Albums chart.

The first 250 CD or vinyl copies of Tell Me include an exclusive signed 7â€ of the albumâ€™s first single, â€˜Our Hearts Are Wrongâ€™. [The B-side is a live version of the With Blasphemy So Heartfelt song â€˜Kiss Me Again.â€™]


Mayfield first came to the labelâ€™s attention when she sang backing vocals on The Black Keysâ€™ 2008 Nonesuch album, Attack & Release.

Her performance on the track â€˜Things Ainâ€™t Like They Used To Beâ€™ made the then 17-year old the first guest vocalist to appear on any record released by the acclaimed duo.

In addition to producing, Auerbach also engineered Tell Me and provided backing vocals as well as guitar and drum loops.

Since the release of With Blasphemy So Heartfelt in 2008, Mayfield has toured alongside numerous renowned artists, including The Avett Brothers, Ray LaMontagne, Band of Horses and The Black Keys.

In advance of the release, Mayfield will tour throughout this winter, including US dates with Jay Farrar and Justin Townes Earle.
JESSICA LEA MAYFIELD NEW ALBUM: TELL ME
RELEASE DATE: FEBRUARY 28, 2011
www.jessicaleamayfield.com
www.nonesuch.com