Jaynee is an up and coming soulful, rock/pop artist from South London with Filipino heritage. She is independently releasing her debut single “You Ain’t Got Me” on 21st August 2011 via KingdomBURNS Music, with her debut album, ‘Time To Let Them Know’ to follow later this year. 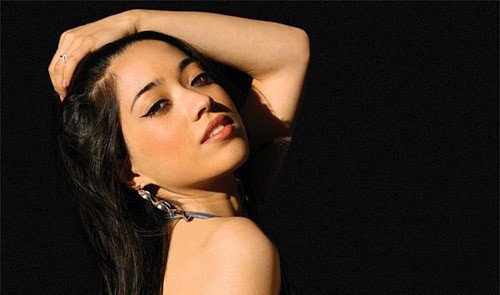 Jaynee – “You Ain’t Got Me” (Acoustic version) – FREE DOWNLOAD by 1-2-hear
Her music fuses the edgy, sexy-street vibe of Rihanna; the genre-diffusing live band qualities of The Red Hot Chilli Peppers and all with the casual cool approach of Katy B. A performer, the band and the music all combined into one strikingly beautiful package

The stage is where she and her band are most at home compromising of; Ed Stafford on Drums, Joe James on Bass and Kingdom on Guitar, combining R’n’B / Pop vocals with raw, live instrumentation to create a new style of Urban performance

Jaynee’s talent also ‘does what it says on the tin’; with an impressive musical CV from Sylvia Young’s Theatre School (Leona Lewis, Jade Ewen& The Saturdays’ Vanessa White) and then onto the renowned BRIT School in Croydon (the late Amy Winehouse, Jessie J& Adele), where Jaynee developed her talent for song writing. Jaynee is ONE TO WATCH THIS YEAR!
Single: “You Ain’t Got Me” Released 21st August 2011 (Download)
On KingdomBURNS Music jaynee.net