Jareth is a 23 year old singer from North West London. Her distinctive style and powerful voice has already captivated audiences during her impromptu performances around London, including in The Tate Modern and on the Millennium Bridge. 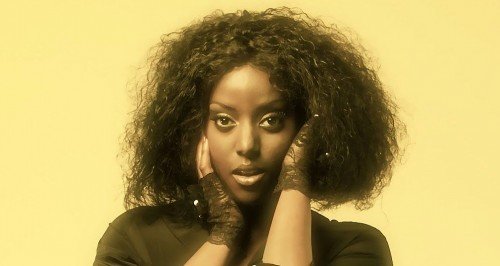 Latest tracks by jarethonline
Full of rich Jazz and Soul, Jareth’s voice beams with confidence and character and her delivery is punchy with pizzaz and attitude.

Her songwriting talent is undeniable, it’s honest and endearing, and she’s fiercely protective of her creative process. With several studio tracks already written and recorded, including ‘Girl in the Mirror’, ‘Addicted to Drums’ and ‘SunSoak’.

Jareth will launch her first official single campaign this Summer with ‘This Time’.

When she isn’t surprising art-lovers at the Tate, Jareth has performed at YOYO’s (Formerly Notting Hill Arts Club), Soho’s Revue Bar, Rhythm Factory and T-fest (Grays beach, Essex) to name a few and she has worked with a number of established acts such as Sway, Ty and most recently, Professor Green.
myspace.com/jarethofficial
facebook.com/pages/Jareth-Music