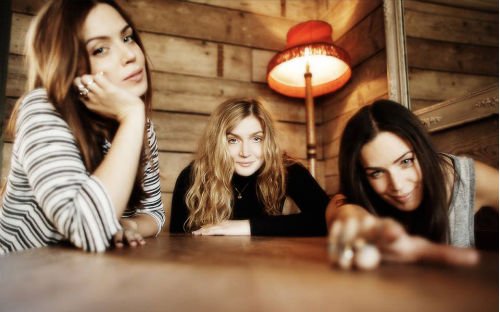 London based intriguing trio Jagaara, are sisters Jane (Vocal’s/Guitar), Cat (Keys/Synth) and Ruth (Guitar), they just finished their first tour in support of their debut debut release ‘Faultline’ + ‘Heartbeats’ which included 2 sold out nights at Stoke Newington’s The Waiting Room. Check them out at The Old Blue Last this Wednesday (12th November).

Their winning formula is an enchanting combination of folk, rock, electronica and Jane’s sultry hypnotic vocals, supported by Cat and Ruth’s flawless harmonies.


Check them out live:
12th November / The Old Blue Last