Sometimes it feels like the modern Hip Hop scene has become a bloated and unimaginative alien parody of its former glory, but all hope is not lost because but help is hand from a galaxy far, far away. 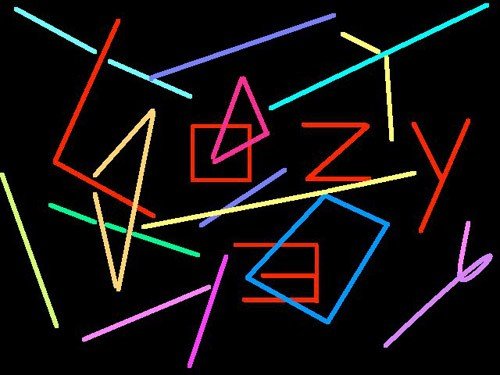 Hailing from the planet Cozy (but releasing their music under a cloak of secrecy out of New York) Hip Hop extra-terrestrials Cozy 3 are on an interplanetary mission to bring high concept art, musical dexterity and lyrical wizardry back into the underground game. Sounds Of The Cosmos MP3 by quitegreatdecade


cozy 3 – sound of music from Cozy Three on Vimeo.

Like a news report of an alien abduction, details are sketchy and that’s precisely the way they want it.

But what is clear is that the Cozy 3 sound is seeking to bring an avant-garde, experimental, psychedelic and jazzy feel back into Hip Hop and their unique brand of ‘art rap’ fuses Hip Hop with jazz, Electronica, rock and roll, soul and blues to create something fresh and unique.

Featuring Cozy 3’s trio of rappers MC Cozy T, MC Incognito and MC Only 1 AKA ‘the one that the ladies love,’ Cozy 3 are embarking from planet Cozy on “an earth bound quest to give humans a different perspective on art and music.”

The group are almost impossible to pin down but their sound draws influences from everyone from A Tribe Called Quest, Afrika Bambaataa, Parliament Funkadelic, Miles Davis, Aphex Twin, alongside more obscure reference points such as Frank Zappa, Captain Beefheart, John Cage, Phillip Glass, John Coltrane and Ornette Coleman – everyone in other words you would choose to beam to an alien planet if you wanted to demonstrate human creativity at its finest! 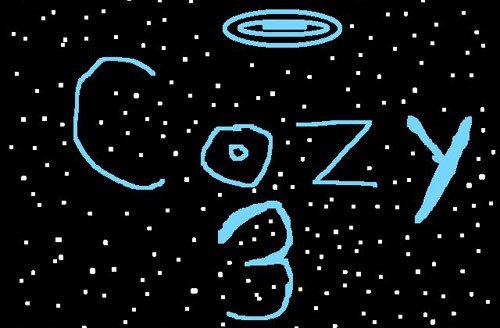 First up, MC Cozy T is the entity that built and conducts the Cozy ship and produces most of the music. Using the literary techniques of automatic writing and surrealism in his lyrics, MC Cozy T incorporates his feelings of love, struggle, conformity, colour and sound into his flows and his fascination with science, maths and psychology can be heard in his lyrics.

Next up MC Incognito is the dark figure in the group. He raps about the struggle and his search for love within his songs, attacking life for what it is with blues and jazz influences to the fore.

Finally MC Only 1 by comparison raps more about love, peace and uplifting feelings but he also talks about his issues and his feelings within society and raps about women, but not in a vulgar but an uplifting way. Female earthlings love him.

Accompanied only by artwork that blends lyrical abstraction, colour cubism and optical illusion the group are intentionally seeking to bring an enigmatic sense of history and fantasy back to the music they love.

‘Soundwaves from the Cozyship’ will be hitting earth on June 6 and from the experimental and psychedelic ‘Celestial Vibrations’ to the Jazz inspired ‘Sound of Music’ and the star-gazing title track, Cozy 3 have come in peace to change Hip Hop as we know it and won’t be going anywhere until their work here is done.
www.cozy3.com
INTERGALACTIC HIP HOP PIONEERS ‘COZY3’
DEBUT DIGITAL THREE TRACK EP ‘SOUNDWAVES FROM THE COZYSHIP’
Out now.