I Am In Love is a name that derives from a realisation that their singer is indeed in love and not just a boy who doesn’t know what love is. 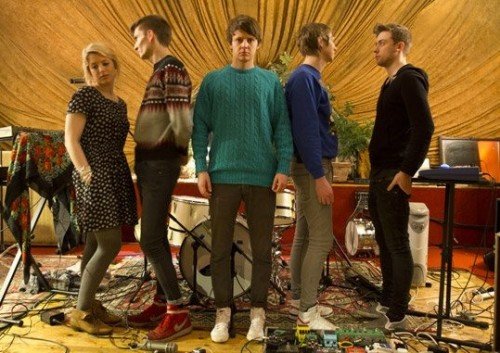 They are four boys and one girl, hailing from Leicestershire, in central England.Formed just five months ago in late 2010 after their previous band disbanded following two years together, the five members of I am in love locked themselves away and set about perfecting what they do, putting all of their effort and energy into every song, every note, every drum hit, every key and string on the record.

They are striving to make music that excites people, music that people can connect with, music that crosses decades and maybe even divides opinion – like the music of their heroes: Prince, Bowie, Adam Ant, Freddie Mercury and bands like The Cure, Bloc Party, OMD, Foals. These influences have shaped the sound of I am in love.

Originally planning to wait until after a summer of festival slots and heavy touring to release any material, the press interest and imminent scheduled Daytime Radio 1 airplay has moved things on apace…

The band are currently putting the finishing touches to their debut album, which will be released across Europe through Velocity Sounds Records on the 27th May, and in the USA through Pirate Ship Records later in 2011.