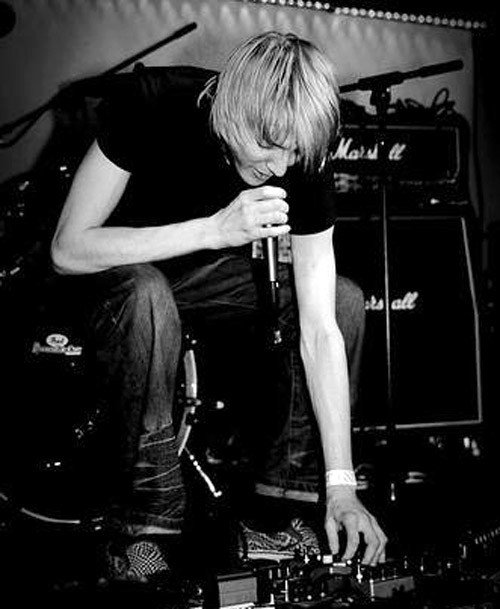 Emerging from a rusty, leaking cattle barn in rural Worcestershire after months of experimentation, Howard presented his beautiful, fragmentary tunes to a rapturous audience in March 2009.

Wowing early crowds with suites that build from the sweet hushed intimacy of classic folk-tinged Nick Drake to the climactic, spine tingling crescendo’s of Mogwai, Howard quickly earned himself the sobriquet; “a one man Sigur Ros”.

Later he earned further comparisons to the Icelandic post-rockers with turns at 2000 Trees and the Brainwash festivals.
Howard’s rare and bewitching combination of looped vocals, guitar and simple synth embraces the experimental spirit of Juana Molina and Battlesâ€™ immersive atmosphere while still retaining the tenderness of Stars Of The Lid.

Shelter Songs was recorded with producer Dave Draper at FFG in Gloucester during 2010, a year that saw Howard play with the likes of Fuck Buttons, Baths, Bob Brozman and Tommy Reilly and embark on a nationwide tour in support of Jonah Matranga (Far, New End Original).

The album will be released on April 11th, preceded by the singles ‘Good Fortune’ on 4th April and Insects on March 7th. View the stunning video for “Insects” here:
www.myspace.com/howardjameskenny