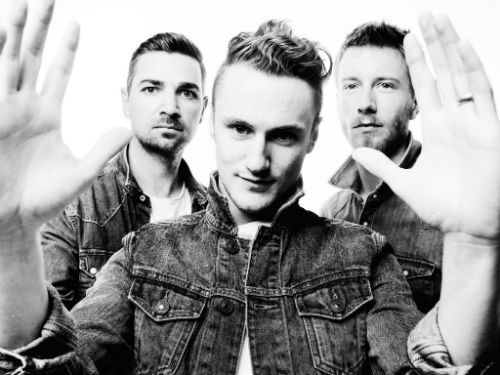 London-based trio Honours – Stephen Hughes, Ed Carlile and Andrew McConkey – share a powerful video to accompany ‘Bulletproof’, released on October 27th through Killing Moon Records. The track is a hot slice of modernly clever indie-pop with a charming unashamed 80s-inspired stadium power vibe.
The video, directed by David O’Neill, features Honours frontman Stephen Hughes painted by portrait artist Johan Andersson, making a stunning homage to Peter Gabriel’s ‘Sledgehammer’. Hughes explains:“We had a loose idea of what we wanted but no idea how to make it. We wanted something fun and colourful and as a band we are obsessed with ‘Sledgehammer’, so after we saw the artwork we thought let’s try a stop motion idea. 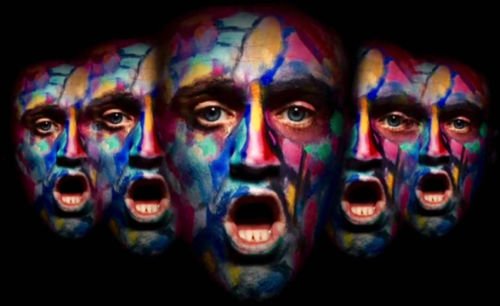 Working with David O’Neill and Blink Inc was fantastic, and we quickly realised that what we were shooting for was a massive visual effort. The level of detail over the frames per second is crazy. For us the video reflects both the affection and playfulness of the track.”

‘Bulletproof’ is the perfect follow up to their 2013 impressive debut releases ‘Ready To Run’ and ‘August’. Honours will launch their new single with a headline show at The Islington on Weds 29th October, with support from KALEIDA. Tickets here.