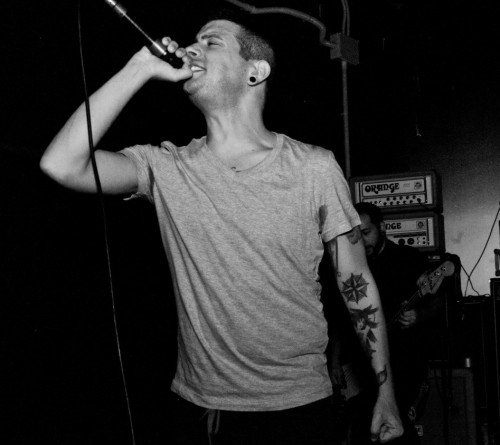 Four friends gave birth to HOLY in the hot summer of 2011 in Milano, Italy. Whilst most people were hanging out in shorts and sunglasses, planning their holiday and heading to the seaside, HOLY were locked inside a hot, sweaty rehearsal room, writing songs.
It only took a few days to give birth to a fistful of songs, 8 to be exact. Soon after, a demo was recorded in the same hot, sweaty rehearsal room, which instead of being a demo became HOLY’s debut release.

8 furious songs in 11 minutes, comprising their self-titled debut EP, to be released on 12” vinyl on January 23rd through Italian DIY label Hell, Yes!

They will be playing their first ever UK shows very soon.
holyvegan.tumblr.com
facebook.com/holyvegan