Chicago hard rockers HEART-SET SELF DESTRUCT will be released “OF NIGHTMARES” on August 23rd on Soundmine MusicWorks (The Orchard distribution). 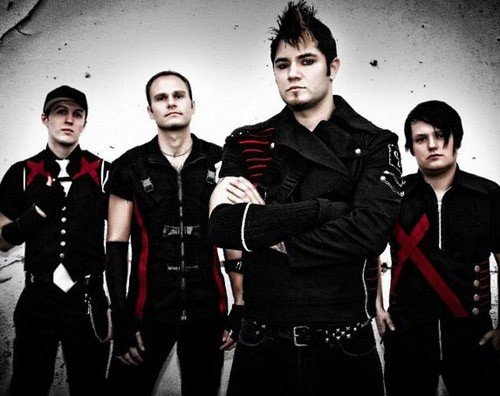 Heart-Set Self Destruct formed in the spring of 2005. Melodic vocals combined with elements of punk and metal influence the bandʼs heavy driven sound.

After playing several successful gigs in Chicago at the Double Door, Subterranean, and the Beat Kitchen, the band headed into the studio at the end of 2006 to record their debut album “Victims Like Me” with Producer Dan Malsch (Framing Hanley, Tantric) at the Soundmine Recording Studio in East Stroudsburg, Pa.

The first single “Monster” gives a glimpse into the mind of a tortured soul who craves and feeds on other people’s pain. facebook.com/ heartsetselfdestruct