Grey Goes Down is one of the most self motivated, bizarre and interesting alternative punk rock band ever to come out of Nottingham. 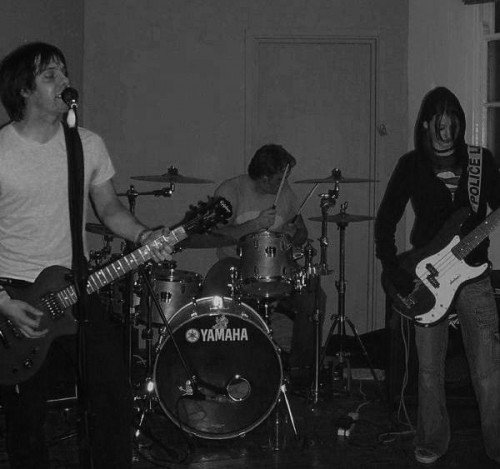 We took a moment to catch up with lead vocalist and guitarist Jon Huddy whoâ€™s just come back from earning the cash for the band to set up their own label by working as a Mercenary in Afghanistan.

First off, how did the sound of the band come about?
I’ve never really thought about it to be honest. It’s just a normal 3 piece band. Guitar,
bass and drums so I suppose the sound came about that way. The way I write probably
has a massive influence on the way we sound. Recently I have started writing with the
guitar and bass in drop D, which really changes melody and chord structure.

Who are your main influences musically?
There are so many. Everything influences my music to some degree. Not just the music but the lyrics. Just trying to make sense of the world around me has a lot of input.

After Nirvana came out big in the UK that’s when I started writing my own stuff, it just seemed so obtainable. Just three guys playing, like me and my mates. 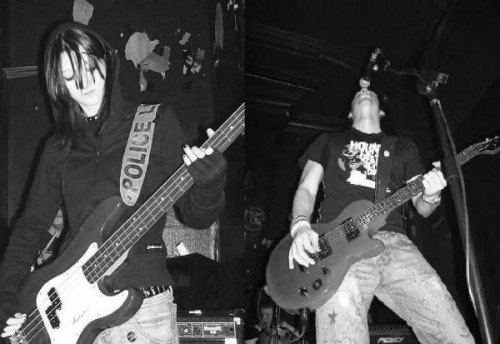 When did you start playing?
I started playing when I was around 12. My Dad had this old 12 string acoustic that was broken, it had 9 strings on it.

It was an absolute nightmare to play, my hands were tiny and the neck was like a tree trunk. I played that thing to death. The band originally got
together after I left the Marines.

Did your experiences in the Royal Marines have any bearing on your music or is playing in a band a departure from that?
There’s only one song I have ever written that has anything to do with that time in my life.

The two never shall meet as it were. Playing in a band is what I have always done.

I went back to it after the Marines and have only been working as a private contractor in Afghanistan to earn the money for my band to be able to go it alone and do our thing without having to rely on record labels or managers.

You can do it yourself, it’s easy, you just need the money.

We just want you to know that this is something that can be done.

People still play instruments and start bands in the UK. Don’t give up on real music: you don’t need some major label to pluck you out of oblivion.

Can you give us an inside scoop about what the album will sound like?
Leading on from the last question, the album will be called Love Letters To Rock & Roll.

It’s kind of us just sending twelve alternative rock songs out into the world and hoping to get people back into proper music.

We are metaphorically asking rock music to come back to us.

The overall sound of the album is more sophisticated than the punky sounding singles we have done.

We are working with a really great producer and have been able to choose not only the best songs, but the right songs to put together what will hopefully be a really strong sounding album.

Is song-writing a therapeutic process for you?
It’s definitely an addictive process. I have a massively addictive personality and when I pick up a guitar I will be on there for ages.

Some people turn light switches on and off or do a funny dance. Mine’s the guitar.

If you could collaborate with any musician alive or dead, who would it be?
That is a really hard question. I’m an only child so no matter who it was if they didn’t want to do it my way I’d still sulk like a baby.

Dave Grohl I think, definitely. He’s awesome and I feel we’d be on the same wave length.

Yes, I did just say I would be on the same wavelength as an absolute legend hah!

If you ruled the world what would be your first official act as world-leader?
This is asking for a really contentious answer. There are so many things I’d do.

First thing I’d do is print more money to solve our failing economy.

I know that’s not how it works but I did genuinely over hear a conversation between two adults that went like that.

One of them said, ‘if Britain is running out of money why don’t they just print more’? I thought that was genius.
www.myspace.com/greygoesdownofficial