Based on the idea “Why going to hell when you can actually make it come to you!” the heroic rock band Ghinzu give us a smouldering video for their single “Cold Love”.

Made with a lot of energy and patience (countless hours spent on the special effects) it shows a preacher casting a spell on the band whilst they are recording in studio. 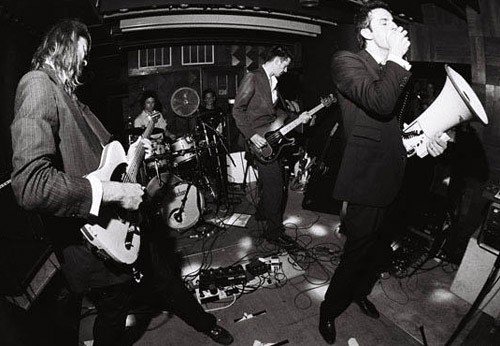 Hailing from Belgium, Ghinzu have been touring with their latest album Mirror Mirror in France, Belgium, Switzerland, Germany and Netherlands for more than hundreds of thousands of people and also supporting bands such as Placebo or Muse.

This breakthrough video celebrates the great success of their album Mirror Mirror (Gold disc in Belgium) on which Dimitri TikovoÄ (Placebo,..) and Nick Terry (Klaxons, Libertines,.. ) contributed to.

If you don’t know the band yet, discover them with Mirror Mirror, a hybrid music score, somewhere between Apocalypse Now, 2001 – A Space Odyssey and Clockwork Orange”.

Single “Cold Love” can be downloaded for free here