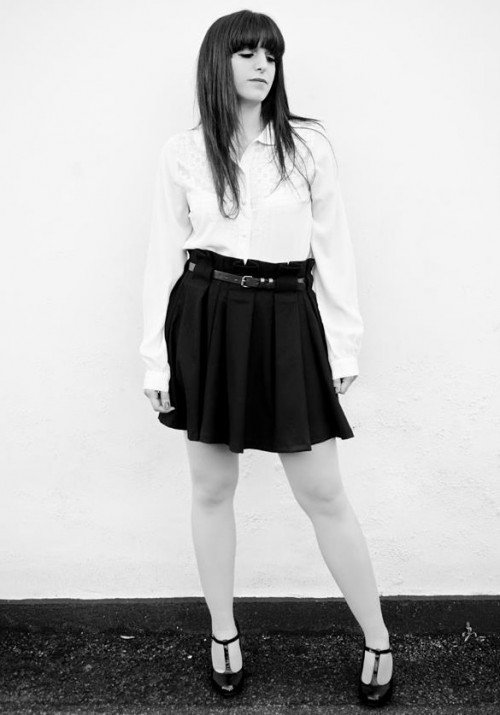 Her debut single ‘We Are Animal’, releaased on the 28th May 2012, has dark undertones about battling with your inner demon ( your animal) with the lyrical sounds of darkness creeping into everyday life “ into the air that you breathe and the food that you eat”.

The ‘We Are Animal music video ( filmed, edited & directed by M.K.Ceesay a short film maker/ music video director based in Shoreditch) was shot in a empty uninhabitable cottage in a rural village in Bedforshire.

The character in the story sees and hears their inner “animal” and consequently on the brink of insanity tries to rid of it through its own burial or drowning which isn’t so easy when its inside only you.

An Italian national but raised in England, Genna spent her early life exposed to a wide range of music by her family where British music of the 60’s and 70’s was a huge part of family life influencing her sound and retro style.