Erodiscotique is the new collaboration between Dimitri From Paris and DJ Rocca. To celebrate the release of their new EP, I Love New York, out on Gomma this May, the duo are giving away the Radio Edit of, I Need A Reason For Living, absolutely free. 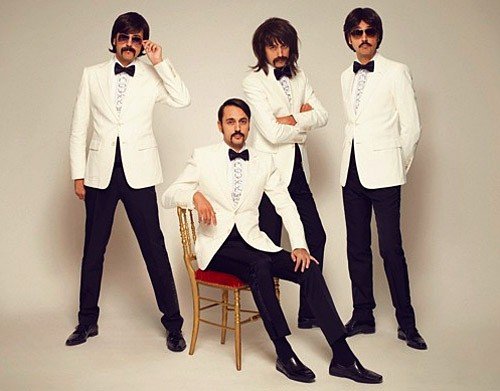 The legend strikes back! Dimitri from Paris was the first DJ to pioneer house music in France in the late 80s and became world famous with his album “Sacrebleu” in 1996.
He is one of the godfathers of the “French touch” and a cult figure with dance music connoisseurs.

His “Philly” and Disco compilations on BBE, Defected and Salsoul are essential and “A Night At The Playboy Mansion” (Virgin) charted in Mixmag’s top 100 best compilations ever. He remixed Björk, the Cardigans, James Brown, New Order and Quincy Jones.

Erodiscotique is a new project with Italian DJ Rocca, teaming up with cult Italo-Disco singer Fred Ventura to create this 4 track EP for Gomma. Inspired by late 80s/early 90s hiphouse and electroboogie. These tracks are pure dancefloor burners.

DJ Rocca (as a part of Ajello and Crimea X) is one of the key figures in the new Italian House scene. He has lots of productions and remixes for Classic, Rekids, International Feel, Luke Solomon, Blaze, Isolee, Pete Herbert under his belt, on this release he’s also playing a flute solo on the track “Downtown”.
ERODISCOTIQUE – I LOVE NEW YORK EP
Release: 9th May 2011