Returning to the UK for the first time in 7 years, Duncan Townsend releases his debut single Painted Like A Picture. 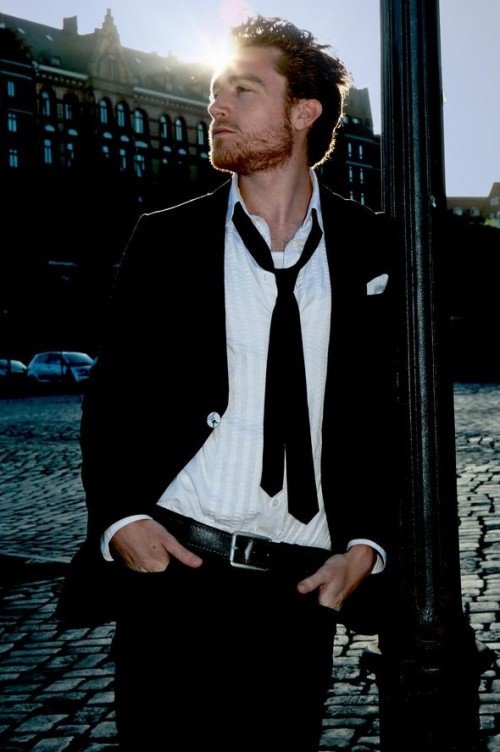 It’s a subtly melancholic guitar-based lament that reflects his life experiences up to now and establishes him as a songwriter with an uncanny knack for documenting the personal and making it universal.

Born to ex-pat parents in the United Arab Emirates in 1981, Duncan spent his early years abroad, before his family moved back to Nottingham when he was 8.

A youth spent performing, both in orchestras and choirs and also in theatre productions, led to a degree in European Theatre Arts and a job as Head of Music at a school for children with special needs.

It was a doomed relationship with a German girl that would shape the next few years of Duncan ’s life however.

Having met a girl at Drama College , he then struggled to maintain a long-distance relationship for a year before throwing caution to the wind and moving to Cologne at the age of 22 for one last chance to salvage it.

Cast adrift and heartbroken, Duncan moved to Hamburg where he spent the next few years sleeping on friends’ couches and literally singing for his supper as he started writing songs based on his whirlwind change in fortunes.

On the introspective Painted Like A Picture, Duncan is ostensibly singing about himself – “I don’t belong to a nation, my feet may roam”, although on closer inspection the lyrics reveal half a mind towards the girl he followed to Germany (“I turn my head towards your face, suddenly you’re all I’ve got.”) With a melodic guitar tenderly weaving its way through the song, Painted Like A Picture is a very personal tale introducing the listener to Duncan’s story – yet his way with a lyric and mellifluous voice make his experiences available to all.

Now residing in Germany, Duncan has recorded with Nena and toured with Katie Melua, and recorded his debut album Out Of The Red with highly respected German producer Andreas Herbig (a-ha, Udo Lindenberg, Ich & Ich).

Duncan Townsend’s wandering nature and changes of location have meant that his music does not share any one particular set of specific influences, focusing solely on winning melodies and a sound that can be universally appreciated.

Painted Like A Picture is just the first taster of an artist who follows his heart and crafts magic little moments from the consequences.
www.duncantownsend.com