With an eclectic line-up drawn from Italy/South Africa/Ireland/New Zealand, London based Drunken Balordi have perfected a high energy fusion sound that draws influence from World Punk, Balkan, Klezmer and Folk and mixes it with the soul, passion and out-right punk spirit that defines bands like The Clash, The Sex Pistols and Fugazi. 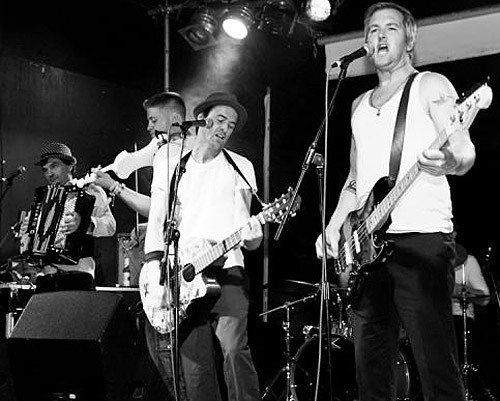 Making their live debut at the 100 Club on Oxford Street (a fitting gig for a band with such strong punk roots, attitude and energy) just under 2 years ago, they wasted no time at all in following this up by playing to crowds all over the UK, Europe and USA, supporting the likes of Stiff Little Fingers, The Levellers (main support at Vikedel Fest Norway), The Blockheads, Spear of Destiny, Alabama3, Kultur Shock, Pama International, The Popes and Shane MacGowan along the way! 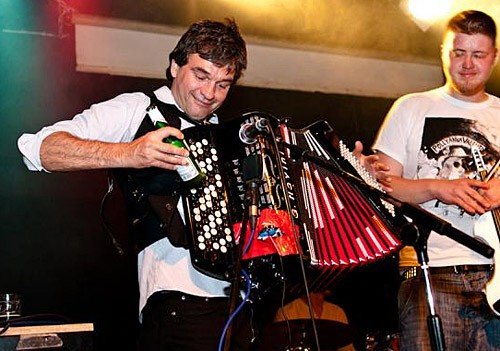 This summer alone saw them perform at Glastonbury, Bestival, Rebellion, Strummerfest, Bomfest, Rock En Stock (France) and Feile (Ireland), having to turn down others for purely logistical reasons â€“ Drunken Balordi are a band in international demand!

On Monday December 6th 2010, Drunken Balordi will be releasing their eagerly anticipated self-titled debut album on Filthy Dog Records (distributed by Nova), with the lead single â€˜Filthy Dogâ€™ preceding this on November 1st.

Itâ€™s an album full of passionate stories and bleary eyed tales â€“ anthems for a weekend fuelled by booze, romance, philosophy and hedonism.

Drunken Balordi have encapsulated perfectly the multi-cultural spirit that runs through the very veins of their gypsy punk fabric, delivering a genuinely fantastic debut album (and one of the most interesting albums of 2010) that will undoubtedly justify their hype and announce their arrival into the mainstream glare.

The band have made the track â€˜Juda Ballerinaâ€™ available for free download via their MySpace www.myspace.com/drunkenbalordi.