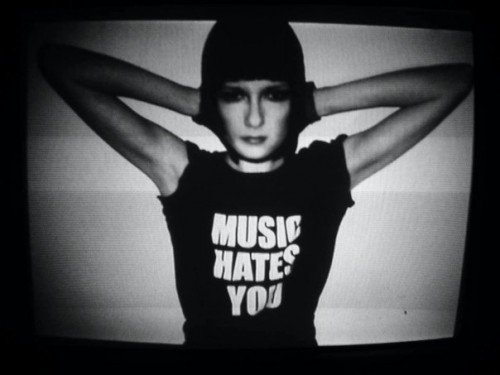 The single is out on July 23rd through Last Gang Records, the Canadian label home of DFA 1979, Crystal Castles and Chromeo, to name a few.

Fronted by Swedish siren Lisa Elle, a holy communion of Grace Slick and Siouxsie Sioux, Dark Horses are a leather-clad, neo rock outfit, whose name is proudly emblazons upon their black motorcycle jackets… gang chic style, along with the band’s motif… the mysterious red pyramid and the all seeing eye. 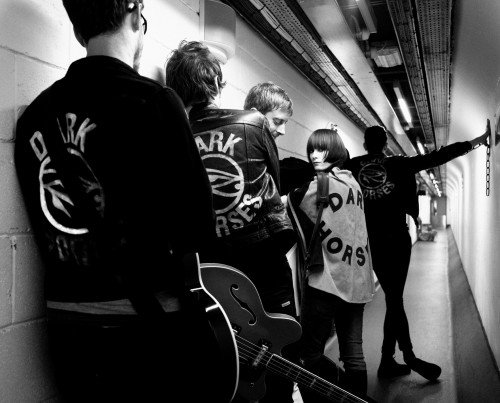 Dark Horses come across as Stooges meets the Manson Family, mixed with Andy Warhol’s Factory art collective. And this only fuels the band’s mystique. Whatever the f*ck they are.

All you need to know is: Dark Horses mean it.

The band’s debut album will be released in the autumn by Last Gang Entertainment. It was recorded in Chicago’s Key Club studios with Richard Fearless from Death In Vegas.
DARK HORSES TO HEADLINE RARE LONDON SHOW AT ELECTROWERKZ (13th June 2012)
darkhorsesmusic.com